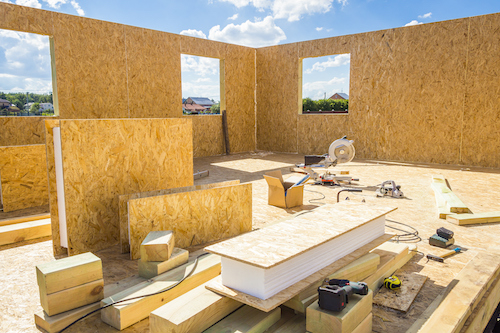 Final numbers from the U.S. Census Bureau indicate a total of 15,716 permits were issued throughout Michigan for new home construction in 2016, representing an increase of 11.7 percent over the total of 13,581 permits in 2015. The 2016 year-end total is the highest number of new home permits issued in Michigan during a calendar year since the pre-recession year of 2006, which was 16,538.

Though experts say homebuilders are right to appreciate the double digit increase and the “continuing modest recovery” of the industry since the recession, the 2016 housing permit totals are approximately 1,700 lower than predicted by the Home Builders Association of Michigan at the start of the year.

“It really is a mixed bag for our homebuilders,” says Bob Filka, CEO of HBAM. “We are most pleased to see real growth which is good not only for our home builders, but also for local communities and schools that depend on the revenue generated by new construction.”

Filka adds that recovery could be “much stronger” if homebuilders weren’t hindered by a shortage of skilled labor, lack of available building lots, and rising construction costs.

Released on Jan. 6, the HBAM housing forecast for 2017 estimates 16,515 single-family home permits will be issued statewide, which would represent an 8.8 percent increase if realized. Rising oil costs and an expected slowdown in auto sales may become concerns for the homebuilding industry this year.

“The increase in home sales prices is good news for homeowners seeing their values coming back after being beaten down during the recession,” says Filka. “It is also a bit of a double-edge sword in that rising costs are starting to price many middle class families out of the housing market, which is something we all must be concerned about.”

Additionally, HBAM and the 24 local Home Builders Associations in Michigan have joined forces to sponsor a series of nine regional summits designed to identify issues affecting the housing recovery. HBAM intends to use feedback from this listening tour to develop a series of proposals to strengthen homebuilding and local communities throughout Michigan.