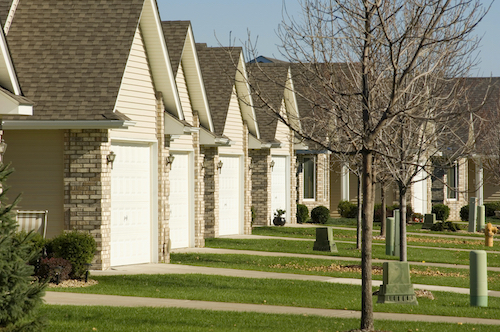 Total single-family home permits issued in metro Detroit in May were 7 percent lower than April, and down more than 13 percent from May 2015, says a report released today by the Farmington Hills-based Home Builders Association of Southeastern Michigan.

A total of 374 single-family and 70 multifamily permits were issued in Macomb, Oakland, St. Clair, and Wayne counties in May. Association officials say activity for May should have been around 500 permits, given the month historically sees a dramatic rise in single-family permits from April.

“My conversations with new home builders in the region indicate that buyer activity has seemed to slow down earlier this year than in past years,” says Michael Stoskopf, CEO of the Home Builders Association of Southeastern Michigan. “That reduced activity and the strain on trade subcontractors to handle increased workloads seem to be the two primary reasons for the slowdown.”

Based on residential permit data, the report shows 1,500 single-family home permits were issued from January to May 2016, which is more than 10 percent higher than the 5-month total in 2015.

“(This year) is still doing significantly better than 2015 through the first five months of the year, even with May’s slowdown,” Stoskopf says.

During the first quarter, 1,265 single-family and multifamily permits were issued in Macomb, Oakland, St. Clair, and Wayne counties. It was the highest combined total Q1 start to the year since 2006.