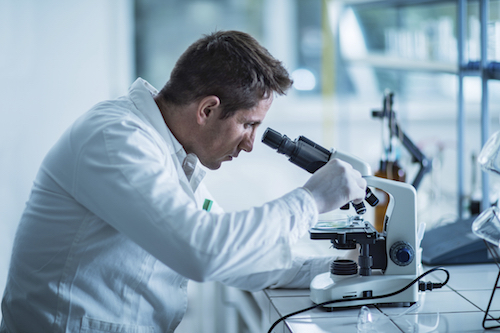 Michigan’s employment in the bioscience industry grew 5.7 percent to 44,277 jobs, a gain of almost 2,400 since 2014, says a new report released today from the Washington, D.C.-based Biotechnology Innovation Organization and TEConomy.

“The new TEConomy/BIO report once again reinforces the fact that Michigan has a robust and growing bio-industry, with specific strengths in several key sectors,” says Stephen Rapundalo, president and CEO of MichBio, the state’s biosciences trade organization. “We must leverage and promote our biosciences strengths if Michigan is to become a national leader in the global bio-economy and realize significant economic impact.”

Measuring growth from 2012 to 2014 by the number of employees and companies, average wages, academic expenditures, venture capital investments, and patents, the report says the increase in the state’s bioscience employment was led by an 11 percent gain in the state’s drug and pharmaceuticals sector.

“We are encouraged by strong investment in our companies, but the markets remain competitive, and Michigan must do more on the policy front to improve access to capital for our bioscience start-up ventures,” Rapundalo says.