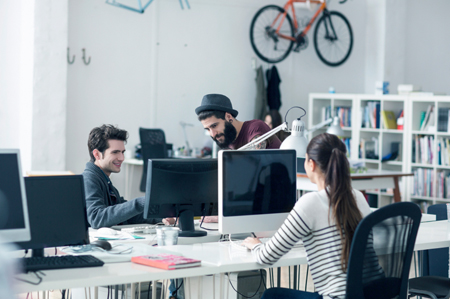 An average of nearly 240 new tech companies have been created in Michigan each year over the last three years, producing an average of 1,100 new jobs annually, says a report released today by the Michigan Economic Development Corp.

The new tech companies created in 2014, with private investments for such companies, totaled $710 million.

In addition, Michigan’s venture capital community has shown significant growth during the last five years, with 35 venture capital firms in the state. While, nationally, there has been a 13 percent decrease in the number of venture capital professionals, the number has nearly doubled in Michigan, say MEDC officials.

“General trends we’re seeing in the ecosystem are that our venture capitalists who are dedicated to Michigan are moving to larger funds or into more senior positions or both,” says Paula Sorrell, vice president of entrepreneurial services and innovation at MEDC. “We’re seeing more investment firms such as Mercury Fund, Detroit Innovate, and Huron River Ventures investing in technologies that are in the industrial, advanced transportation and manufacturing spaces, leveraging Michigan’s traditional assets.”

Sorrell adds that there’s also been a trend of traditional investment groups showing interest in investing in venture capital and credits some of that growth to a strong support system.