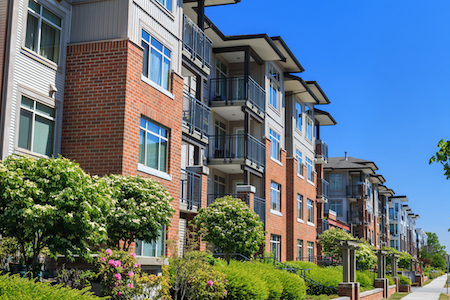 The report also cites an aging population, immigration, and declining rates of home purchases as contributing to the surge in demand, both in metro Detroit and nationwide. The study also found that 4.6 million new apartments will be needed nationally by 2030.

Locally, an average of 412 investment-grade units were built annually from 2011-2016, according to data from Axiometrics. Detroit will need an average of 1,105 units per year until 2030 to accommodate projected demand.

Overall, the study indicates 393,800 residents currently live in one of 232,000 apartment homes throughout metro Detroit. The industry contributes an estimated $7 billion to the local economy, and supports 77,000 jobs.

“Nationally and here in Detroit, we’re experiencing fundamental shifts in our housing dynamics, as more people are moving away from buying houses and choosing apartments instead,” says Deborah Oaks, president of the Detroit Metropolitan Apartment Association.

“Detroit is experiencing modest population growth, which could increase in the future if recent manufacturing gains continue. The rental stock is older here, and over half of renters are housed in older, more affordable apartments.”

Oaks adds that demand for additional apartments in metro Detroit is expected to be “positive but erratic” going forward.

More information about the report can be found here.