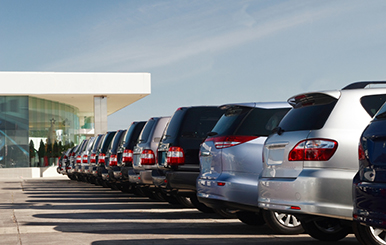 Demand for SUVs and pickups is expected to increase due to lower projected gas prices coupled with rising U.S. consumer confidence, says a new report from IHS Automotive in Southfield.

From a global perspective, IHS analysts estimate that, from 2014 to 2021, cumulative sales of larger vehicles could be 5 million to 7 million units higher than originally expected. As a result, U.S. vehicle manufacturers are ramping up production plans for larger light trucks, including SUVs and pickups, at the expense of smaller B- and C-segment vehicles, says Phil Gott, senior director of long-range planning at IHS Automotive.

“The unexpected decline in fuel price has been too fast and is expected to be too short for any major changes in investment strategy and technology rollout timing,” Gott says. “These changes will impact short-term production plans in locations around the world, and at first glance, may be counterintuitive.”

Gott references an OEM in Japan that has already cut back domestic production levels for some of its most fuel-efficient models. At the same time, U.S. production plans for the hybrid share of larger sedans have increased.

While fuel prices are expected to return to higher levels by the time the 2025 Corporate Average Fuel Economy standards must be met — set at 54.5 mpg — a shortfall in meeting the benchmarks necessary in the interim years will cost OEMs important credits that they may be counting on for 2025, Gott says.

As a result, IHS Automotive expects greater penetration of alternative powertrains, primarily stop-start and hybrid, as well as downsized and more efficient gasoline engines in the next several years.

“Regardless of the outcome, the timing of the current price decline (of oil) injects an additional level of uncertainty into the auto industry’s planning cycle,” Gott says. “As we start this year, we are just 10 years, or one platform cycle away, from the most stringent fuel efficiency standards. To plan for profitable manufacturing of vehicles and components in this era is perhaps one of the greatest business challenges the industry has seen in a long time.”

As for diesel, analysts do not anticipate any impact on demand as a result of the changing oil prices. “The direction for diesel prices in Europe — the largest light duty diesel market — is similar to gasoline and the attractiveness of diesel vehicles is relatively unchanged,” Gott says.