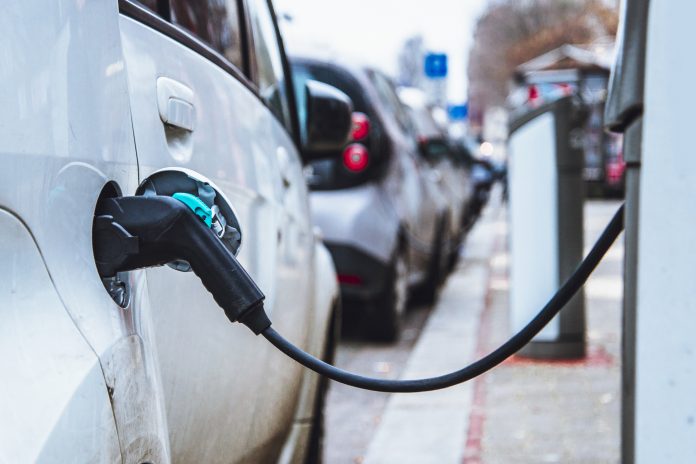 The automotive industry faces the possibility of a sizable capital drain in the near term due to unprecedented investments into electric and autonomous vehicles before the technologies are fully cost-competitive, according to a new study by AlixPartners, a global consulting firm with offices in Southfield.

“A pile-up of epic proportions awaits this industry as hundreds of players are spending hundreds of billions of dollars on electric and autonomous technologies as they rush to stake a claim on the biggest change to hit this industry in a 100 years,” says John Hoffecker, global vice chairman at AlixPartners. “The winners in this free-for-all will be those who have the right strategies and, equally important, execute on those strategies to their fullest potential — as billions will be lost by many.”

Consumers are questioning the cost and safety of the technologies, as the market is set to continue a cyclical downturn. The study found that by 2023, $255 billion in R&D and capital expenditures will have been spent globally on electric vehicles. About 207 electric models are set to hit the market by 2022. However, many are expected to be unprofitable due to high systems costs, low volumes, and competition.

An additional $61 billion has been earmarked for autonomous vehicle technologies, even though consumers say they are only willing to pay $2,300 extra for autonomy, according to two consumer surveys that were part of the study. Current industry costs of the technologies are around $22,900.

The AlixPartners study forecasts that the global auto market will grow just 2.4 percent through 2025, which lags behind expected worldwide GDP growth of 3.3 percent. The U.S. auto market is expected to continue its cyclical downturn this year, absorbing 16.8 million units, down from 17.2 million in 2017. It is likely to hit a trough of around 15.1 million in 2020.

“This is not the time for industry players to be leaving anything at all on the table, be it in terms of picking a growth strategy for the future or figuring out a bridge strategy so as not to run out of money before you get there,” says Mark Wakefield, global co-head of the Automotive and Industrial Practice at AlixPartners. “And that has to be accomplished in the midst of what is already the beginnings of a cyclical downturn in the market. In truth, this industry has been operating above the clouds in terms of industry volumes for a number of years now, but those volumes are likely to edge down further, just as spending for things like electrification and autonomy need to ramp up.”

However, the study also found that return on capital employed for automakers reached a three-year low in 2017 at 3.6 percent, while for suppliers, it reached a five-year low, at 6 percent. Automotive-related commodity costs were at six-year highs last year, up 70 percent, or $884 per vehicle, since 2015.

The large number of launches over the next few years is likely to lead to high incentives in order to sell them, leading to depressed used-vehicle residual value, and in turn, a spiral of lower new-vehicle sales. The study also predicts robotaxis, or self-driving vehicles sold to companies such as Uber and Lyft, usually at lower profit margins than if sold at retail, will decrease retail sales in the U.S. by 1.6 million units in 2030.

AlixPartners also found opportunities and risks for suppliers in electrification and autonomy. A quarter or more of supplier revenues are at risk due to the transition to electrification, particularly in powertrain and exhaust systems, which together represented 26 percent of supplier revenue last year. The study also notes risk to supplier and automaker value-chains alike in potential changes to the North American Free Trade Agreement and changes in worldwide tariffs, noting that $45 billion in U.S. auto parts exports could be impacted, as well as imports currently feeding automaker and supplier value chains.

Other findings in the study include the fact that the greater China auto market is forecast to grow to 29.1 million units this year and is expected to be at 38.2 million in 2025. Chinese automakers are poised to capture 46 percent of their domestic market by 2020, on their way to becoming fierce global competitors. The European market is forecast to be 21.1 million units this year, up from 20.6 million in 2017, with electric vehicles predicted to capture at least 40 percent of that market by 2030.

Diesel vehicle sales are expected to plummet following governmental edicts on top of the Volkswagen “Dieselgate” scandal of recent years. For mergers and acquisitions, 55 percent in automotive in 2016-2017 were in some way connected to electrification or autonomy, and AlixParterns predicts that going forward, there will be an increase in private equity deals in the industry and a continued shift in focus toward Asia and Europe.

“Industry players are sort of caught between a rock and a hard place: If they don’t participate in some way in the new-mobility revolution that’s coming, they stand to lose out on what might be the biggest thing ever in this industry,” says Shiv Shivaraman, Americas co-head of the Automotive and Industrial Practice at AlixPartners. “If they do participate, as so many are, they have the chance of benefitting from first-mover advantages, but they also face the possibility of going broke in the process. The solution is to leverage your company’s existing operations to their absolute fullest, including wringing out every penny of unnecessary cost and maximizing every penny of revenue, so as to have the money available to fund your future.”