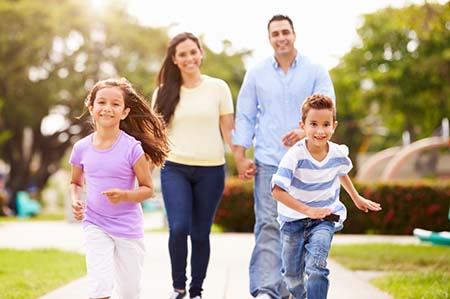 While southeast Michigan’s Latino population has the highest labor force participation rate — a measurement of the number employed or actively looking for work — the ethnic group struggles in other areas that measure well-being and quality of life, says a new report from Michigan State University.

“Latinos are a core segment of Michigan’s overall population,” says Rubén Martinez, director of the Julian Samora Research Institute at MSU who conducted the research. “They contribute to the state’s economic security and cultural diversity. It’s imperative that policies, initiatives, and services address their needs.”

As the state’s Latino population surges, white and African-American populations are in decline. But the report shows Latinos struggle in education performance, income, poverty levels, employment rates, and health status.

Martinez says despite holding lower paying jobs, Latinos in the state have a higher labor force participation rate — around 67 percent — more than all other racial or ethnic groups. They are more likely than other groups to be in service occupations, production, transportation, farming, fishing, and hunting and forestry occupations. Latinos are the least represented in managerial, professional, sales, and office occupations.

Martinez says the report finds Latino communities suffer from low-income levels and high poverty rates, especially among children. In Detroit, more than 50 percent of Latino children live in poverty. From 2009 to 2013, the median income for Latino households in Michigan was about $37,000, while the overall statewide median household income was nearly $48,000.

“This study presents an opportunity to bring issues to the attention of policy makers, service providers, and community leaders so that we can address the needs in Latino communities,” Martinez says.