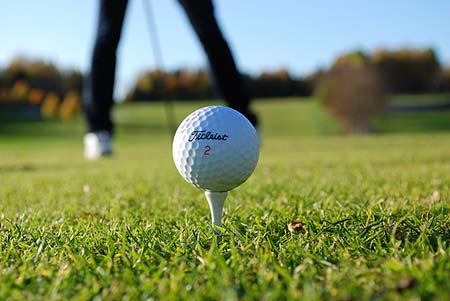 Golf rounds played in metro Detroit for the first half of the year increased nearly 15 percent when compared to the first six months of 2014, says a report released by PGA PerformanceTrak, a golf data collection service from The PGA of America.

“Given the affordability of public golf at area golf courses and improved weather conditions over 2014, it’s an encouraging trend to see consumers in the Detroit market and nationwide teeing-it-up more often this year and purchasing golf merchandise and food and beverages at golf facilities,” says Paul Metzler, senior director of global and corporate insights for The PGA of America.

Metzler says a few golf facilities were able to get an early start in March and book golf rounds at a time of the year when the weather normally has courses closed. In April, metro Detroit golf courses posted a 32 percent increase in the number of golf rounds played year over year. There was also a 38 percent increase in the number of days a course was open for play in April when compared to the same time last year.

Metzler says food and beverage revenue increased 3.5 percent year over year, and merchandise revenue jumped 9 percent compared to 2014. He says the average rate for an 18-hole round of golf in metro Detroit is $22.

Nationally, golf rounds played increased more than 2 percent for the first six months of 2015 when compared with 2014 data, based on responses from about 2,500 facilities across the United States.