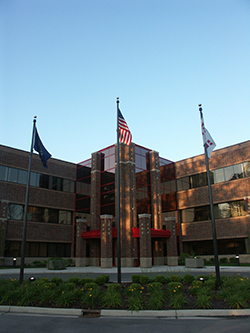 The automotive industry saw nearly 600 merger and acquisition deals in 2015, the highest volume of agreements since 2011, and a 9 percent increase when compared to 2014, says an analysis by PwC, an international firm that provides tax and advisory services. The firm operates a large practice in downtown Detroit.

“Last year was outstanding for global automotive M&A activity, with increases and growth across the board,” says Jeff Zaleski, leader of U.S. automotive deals for PwC. “We’ve seen historical highs in deal value, not to mention, an increase in megadeals.”

He says the two largest deals of the year, as well as four of the 12 megadeals, were international, leading to an increase in cross-border deal value to $29.7 billion in 2015. Zaleski says in comparison, local deals dominated M&A activities across all regions, with more than 80 percent of deal volume consisting of local deals.

Europe maintained its position as the most active region for M&A activity with more than 220 local deals. North America followed with nearly 140 local deals and Asia saw nearly 100 local deals in 2015.

Meanwhile, component supplier deals nearly doubled to $33 billion compared to 2014, and was primarily responsible for the acceleration of M&A activity in 2015.

Zaleski says while he predicts 2016 will see continued growth, he says it’s critical for automotive companies to respond to consumer technology and feature demands, and continue to follow market trends in order to avoid inventory build-up.