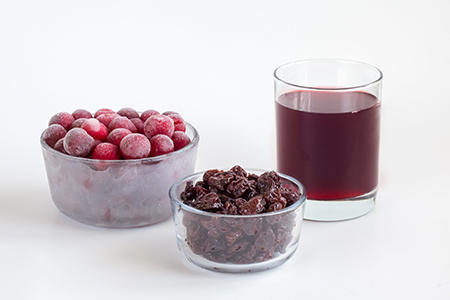 Eating red foods may support heart health, according to a new study published in “Critical Reviews in Food Science and Nutrition.” The Cherry Marketing Institute, based in Dewitt (north of Lansing), partially funded the review.

The study suggests anthocyanins, red-pigmented flavonoids, may reduce the risk of coronary heart disease and cardiovascular-related death. The systematic review and meta-analysis of 19 different studies found that people with the highest anthocyanin intake were nine percent less likely to suffer from coronary heart disease and eight percent less likely to die from causes associated with heart disease, compared to those with the lowest intake.

“Our analysis is the largest, most comprehensive evaluation of the association between dietary anthocyanin intake and the risk of cardiovascular disease,” says Glyn Howatson, a senior professor of the Department of Sport Exercise and Rehabilitation at Northumbria University in the United Kingdom. “Evidence has been growing in recent years to suggest that these natural plant compounds might be especially valuable for promoting cardiovascular health.”

When separated by location, the results remained significant only for studies conducted within the U.S., which may indicate an especially relevant effect of anthocyanins on heart health within the context of the overall American diet.

Existing evidence also suggests increased consumption of anthocyanin-rich foods can improve risk factors for heart disease, such as cholesterol levels, triglyceride levels, and blood pressure, and may reduce the risk of type 2 diabetes and premature death from all causes.

As one of the richest sources of anthocyanins, Montmorency tart cherries have been linked to a better night’s sleep, exercise recovery, reduced inflammation, and gut health. They are the most common variety of cherries grown in the U.S. and are available year-round in dried, frozen, canned, juice, and juice concentrate forms.

The Cherry Marketing Institute is a nonprofit organization funded by U.S. tart cherry growers and processors. It partially funded the systematic review by had no role in the development of the questions, design, methodology, drafting, review, or publication of the article.