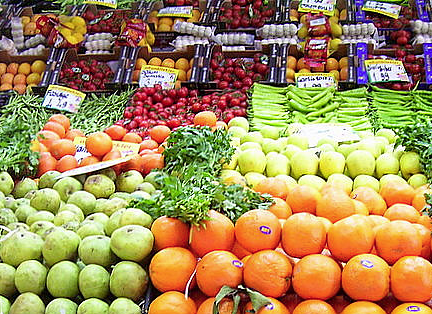 More than 1.8 million Michigan residents live in lower-income communities with limited access to supermarkets, says a report by the Philadelphia-based Food Trust, a national advocacy nonprofit whose mission is to ensure everyone has access to healthy food.

“In Detroit specifically, we found there is a tremendous need,” says Deirdre Church, a project manager for the National Campaign for Healthy Food Access. “We found about 35 percent of the population lives in lower income communities that have limited access to healthy food and experience high rates of diet-related deaths.”

The study fount there is an uneven distribution of healthy food retail outlets in Michigan, and the problem is especially acute in neighborhoods such as Highland Park and Detroit’s Brightmoor neighborhood, as well as Hamtramck. Rural areas across the state are also underserved, such as Hillsdale, Tuscola, and Allegan.

The Food Trust also worked with PolicyLink, a national research and advocacy organization, and found people who live in communities without a supermarket suffer from disproportionately high rates of obesity and other health related issues. Many neighborhoods in Detroit have higher-than average rates of diet-related deaths.

Church says Michigan is well-positioned to create a statewide program to encourage grocery stores to open in lower income areas.

“What we have found to be successful in other parts of the country, and even at the national level, is financing programs that provide grants and loans to grocery stores and other forms of healthy food retail outlets that really help them to develop in areas of need,” Church says.

She also says the state could provide incentives for grocery stores to open in areas of need, such as seed funding.