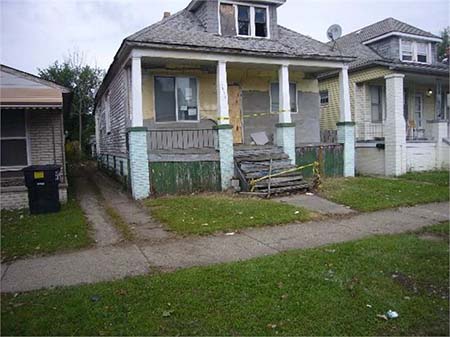 Homes in Detroit located within 500 feet of a house that has been demolished as part of the city’s efforts to eliminate blight show an increase in value of about 4 percent or more, says a report released today. As of June, the city has demolished nearly 6,000 decaying homes in Detroit.

“In addition to the obvious healing benefits to Detroit neighborhoods, this study is the financial proof demonstrating blight elimination is an investment in the community that has a direct and immediate financial return,” says Dan Gilbert, founder and chairman of Rock Ventures and Quicken Loans. Rock Ventures, along with The Skillman Foundation, Dynamo Metrics, and the city of Detroit partnered to compile the report.

Since last year, more than $100 million from The Hardest Hit Funds from the U.S. Department of Treasury have been used to demolish decaying homes in Detroit. The city expects to complete more than 7,000 more demolitions with the funds.

The report says the valuation of homes where a multi-faceted blight elimination strategy was deployed, which includes demolition, nuisance abatement lawsuits, side lot sales, and home auctions, increased by nearly 14 percent for a total of about $410 million.

Under Mayor Duggan’s administration, which took office in 2014, the city has seen 370 completed home auctions, nearly 2,200 side lot sales to adjacent residents, and about 3,900 nuisance abatement program cases filed (a program that forces blighted property owners to fix their property within six months, or have it seized by the city).