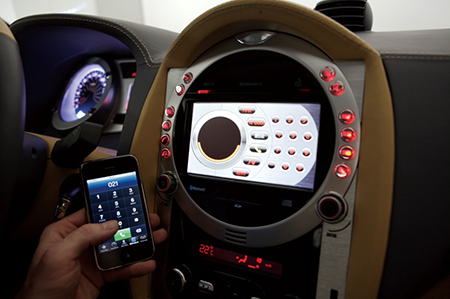 Contrary to popular belief, U.S. consumers still want to own their vehicles. However, what they want their vehicles to do is quickly evolving, says a new study by Continental, an Auburn Hills-based auto supplier.

The study found that nearly 94 percent of respondents own their own vehicles and only 1 percent are interested in car-sharing services. More importantly, the study uncovered strong growth in wanting more personal mobility preferences — a challenge to the automotive industry to increase vehicle autonomy and connectivity features.

â€ªContinental surveyed about 4,000 people in both the United States and Germany and found the majority of millennials drive every day and believe that driving is important, and 91 percent of the 16 to 25-year-old age group place a high importance on consumer electronic devices in vehicles, such as Wi-Fi hot spots and connectivity to drivers’ mobile devices.

â€ª”Contrary to the theories we hear time and again, the younger generation still wants to own cars,” says Elmar Degenhart, chairman of Continental’s executive board. “But cars need to become more intelligent, as well as send, receive, and process information more quickly in digital formats.”

â€ªThe study found more than half of drivers were interested in intelligent vehicle technology to improve traffic control as well as accessing cloud-based connectivity features. Drivers were also open to technologies used in advanced driver assistance programs, such as adaptive cruise control and lane departure warnings.

â€ª”To further increase the attractiveness of cars, there must be further developments in their intelligence in particular — not their form of ownership or marketing,” Degenhart says. “Digitalization and automation form the basis for comprehensive vehicle information management and for relieving the burden on drivers in increasing road traffic.”

IN RELATED NEWS, a new consumer report by Southfield-based IHS Automotive, called Apps in the Car 2015, projected significant growth by vehicle manufacturers to integrate apps into their vehicles for various consumer connectivity as well as increased partnerships among OEMs and apps integrators.

The study found that of more than 4,000 vehicle owners intent on purchasing a new vehicle within the next 36 months, nearly 45 percent of respondents agreed that they would use in-vehicle apps if they helped enhance the driving experience, with 35 percent of them reporting they’d be most willing to use them if they were similar to those on their smartphone. In addition, nearly 75 percent of respondents across the U.S., United Kingdom, Germany, and China indicated they would also be willing to pay for updates to an app, paving the way for continued growth.

The top five categories that consumers identified as a favorite for use in their vehicles are, in order: navigation (53 percent), weather (40 percent), music (38 percent), news (33 percent) and social networking (29 percent).

Least likely to be mentioned as favorites for use in the vehicle include apps for points of interest/local, books, health and fitness, business/productivity, education and podcasts, with less than 15 percent use rates among respondents.

In addition, a majority of consumers (nearly 70 percent) surveyed indicated a strong desire for continued listening of music via AM/FM radio and CD options in their vehicle. However, a similar number of respondents prefer listening to music stored on their mobile devices, and internet/streaming radio, satellite radio options and a desire for music stored on an in-vehicle hard drive also were listed as options. In China, however, streaming music from a mobile device is overwhelmingly preferred.