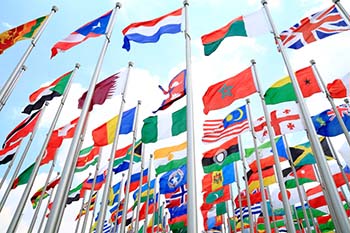 Two-thirds of CEOs across the world see more threats facing their businesses today than three years ago, and about a quarter believe global growth will improve over the next year, a decline of 10 percent when compared to 2015, says a survey by PwC, an international firm that provides tax and advisory services. The firm operates a large practice in downtown Detroit.

“There’s no question that business leaders’ confidence in both the global economy and their own company growth prospects has taken a knock,” says Dennis Nally, global chairman of PwC. “No matter what the business size, the threats it faces are becoming more complex, crossing the borders of geopolitics, regulation, cyber security, societal development, people, and reputation. There is a new spectrum of risk for CEOs that represents threats to both national and commercial interests.”

Nally says the survey, which represents the opinions of 1,400 CEOs in more than 80 countries, found about a third of CEOs are confident in their own company’s growth in the coming year, down 4 percent compared to last year. He says levels of optimism amongst North American CEOs is half that (16 percent) of the most optimist regions (Western Europe at 33 percent and the Middle East at 34 percent). Nearly a third of China’s CEOs believe global economic growth will slow this year.

He says nearly half of CEOs plan to hire more employees over the next year, but 72 percent of CEOs are concerned about the availability of employees with key skills.

Nearly 60 percent of CEOs say businesses need to do more to communicate their purpose and values, and more than half of CEOs are concerned about the lack of trust in business, compared to 37 percent a year ago.

“The CEO environment is a challenging one,” Nally says. “They recognize the wider stakeholder expectations of their business. Reshaping companies built on profit alone into ones where profit and purpose combine, is not going to happen quickly or easily, but it’s a transformation that is already starting and that businesses need to keep pace with.”

The survey, Redefining Business Success in a Changing World, is available here.