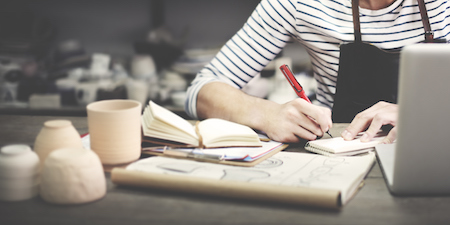 According to a survey including Michigan small business owners conducted by Citizens Bank, many expressed confidence in the economy as a whole and their individual businesses, enabling companies to make technology, marketing, and operations investments that will fuel organic growth.

The survey involved more than 1,200 small and medium business owners and indicates that more than half (51 percent) of businesses expect significant improvement in the national and regional economies during the remainder of 2017.

Increased sales and revenue growth and the availability of resources are said to be the most significant factors impacting organizations expectations for success, with businesses anticipating using added revenue to fund growth and operations initiatives. For example, 81 percent of businesses surveyed plan to increase investments in technology in the next year, recognizing the need to maintain pace with customer expectations.

“We’re seeing a general optimism about the economy among our longtime customers and businesses in general, fueled by recent changes on the national stage.  Interestingly, this confidence isn’t driven by expectations for specific policy changes,” says Jack Murphy, president of business banking for Citizens Bank. “This optimism is translating into growth in terms of capital expenditures as well as hiring, with three-quarters of businesses telling us that they plan to hire staff in the near future.”

Murphy adds that small and medium businesses are a driving force in the national economy, with more than 28 million small businesses employing 48 percent of the private workforce nationwide.

Other key findings from the survey include:

A full copy of the Citizen’s Bank Small Business Pulse Survey can be viewed here.