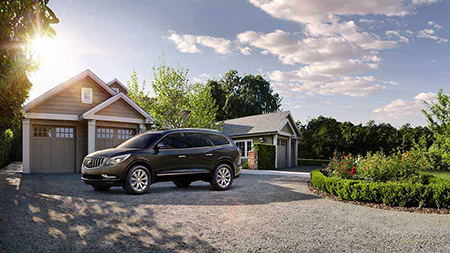 The Buick Enclave, Cadillac CTS, and Chevrolet Corvette top the list of the most “American-made” cars, says a report released today by American University in Washington, D.C.

“This index is an alternative ranking system that provides the public with perhaps the most accurate reflection of the true country of origin of a car and the impact of its purchase on the U.S. economy,” says Frank DuBois, an associate professor for the International Business Department at American University, and the report’s author. “Hopefully, it holds vehicle manufacturers accountable for the claims they make in marketing to U.S. consumers.”

DuBois uses criteria such as the location of the automaker’s headquarters, assembly, and R&D activities along with the production origin of engines, transmissions, and body parts, among other components.

General Motors’ vehicles top the list, with more than 80 percent of many of its vehicle’s content produced in the United States. Ford vehicles such as the Explorer and the F-Series pick-up were also in the top 10, along with some Jeep-brand vehicles and the Toyota Camry and Sienna.

“The (so-called) Kogod Index shows a larger percentage of vehicles are more ‘American made’ this year compared to last year,” DuBois says. “However, it’s interesting to note that the top ranked vehicle from the 2014 Index, the Ford F-Series Pickup, fell to third place due to a 10-point change in its score.”

Car companies with the least “American made” cars include Nissan, Subaru, and Toyota.