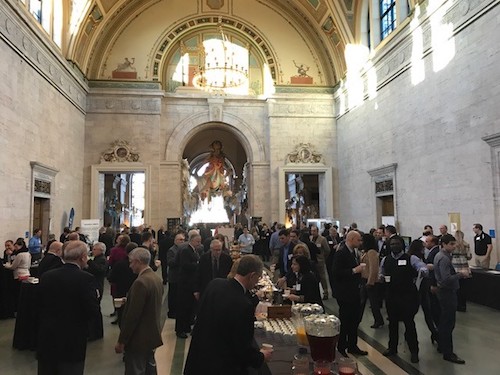 According to the report, 85 percent of national manufacturing executives said their company plans to increase existing budgets for technological advancements, while nearly a third of them plan to increase their budgets by 10-15 percent. In addition, more than half of all national manufacturing executives reported that their company has a dedicated budget for Industry 4.0 technologies. The top three technologies the companies currently invest in are the cloud, cybersecurity, and big data and analytics. Locally, the Industrial Internet of Things and simulation (both at 42 percent), followed by autonomous robots, horizontal and vertical system integration, and the cloud (all at 33 percent) are a top priority for Automation Alley manufacturers.

“Encouragingly, our survey results show that the Automation Alley manufacturing base seems to be more prepared for the Industry 4.0 transformation than their national counterparts,” says Tom Kelly, Automation Alley’s executive director. “However, we found that barriers to adoption remain at both a local and national level. In addition, there are striking communication gaps that exist between the technology and manufacturing executives surveyed.”

The top barriers for technological advancements as reported by national manufacturing executives are cost, uncertainty about which technology supplier has the best solution, and employees who are reluctant to change.

Karen Knott Promoted to CFO of Sterling Bancorp in Southfield