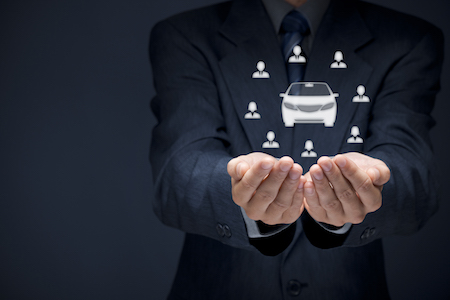 Southfield-based consulting firm AlixPartners today released its annual consumer survey regarding how connected, autonomous, shared, and electric (CASE) vehicles are changing the automotive ecosystem, and how automakers, suppliers, and other industry players need to approach the transition.

“With the rapid but uncertain developments in connectivity, autonomy, shared mobility and electrification, traditional approaches to partnering and running organizations could well be setting up the auto industry up to be disrupted,” says Mark Wakefield, global co-head for automotive and industrial practice at AlixPartners. “Fast and savvy organizations that build their own agile ecosystems and create smart partnerships, but without locking themselves into technologies that may become quickly outdated, will be best positioned to afford the needed ‘CASE’ investments of the future and to prosper from the coming industry changes rather than being rolled over by them.”

The report also forecasts a downturn regarding U.S. vehicle sales, to 16.9 million light-vehicle units this year to a cyclical low of 15.2 million units in 2019. AlixPartners attributes the decrease to a “used-car time bomb” and increased off-lease vehicle returns this year compared to 2016.

Regarding connectivity, analysis studies Tesla Inc.’s high-spec center-stack display, which includes over-the-air upgrades from the company and features similar to the Apple iPad. Though the technology has been on the market since the 2012 model year and received strong reviews, AlixPartners notes that no other major automaker currently matches the system.

Conversely, the company’s analysis found more than 50 major companies and a variety of smaller startups are currently working on autonomous vehicles or full autonomous-vehicle systems. The competition is projected to yield a “handful of big winners” but also “many disappointed investors.” The report also says some of the newer high-tech entrants have “completely different DNAs” than traditional automakers, including expecting high returns on capital investments. Analysis predicts autonomous vehicle system costs could drop 78 percent by 2025.

As shared mobility becomes an increasingly significant transportation reality, AlixPartners’ research included a survey of 2,000 total adult consumers. The survey first polled 1,000 consumers across 10 large markets where both car-sharing and ride-sharing are popular, including the metro areas of Austin, Boston, Chicago, Los Angeles, Miami, New York, Portland, Seattle, San Francisco, and Washington, D.C. As a control group, 1,000 respondents across the entire U.S. were also surveyed, mirroring a consumer survey conducted by the company in Nov. 2013.

In this year’s survey, consumers in the trend setting markets demonstrated a decreased awareness of virtually all major car-sharing brands, including ZipCar, Car2Go, Enterprise CarShare, and 21 percent couldn’t name any brands.

By contrast, respondents were asked about their use of ride-sharing services like Uber and Lyft, and 24 percent expect their usage to increase in the next 12 months, versus just 5 percent who expect their usage to decrease. Additionally, ride-sharing was found to be five times more likely to be a top-three transportation mode than car-sharing (11.6 percent versus 2.5 percent). Another key finding of the survey, coupled with AlixPartners analysis, is that in the 10 key markets each vehicle used in car-sharing is likely replacing the need for 19 personal vehicles — a decrease from 32 vehicles based on the results from AlixPartners’ 2013 survey. Meanwhile, according to the same analysis, one vehicle used ride-sharing is likely displacing four personal vehicles.  The report goes on to note that both ride- and car-sharing vehicles are typically replacing vehicles driven less than 5,000 miles per year, not typical commuting vehicles.

With regards to electrification, AlixPartners also notes that China is investing heavily to take a leadership role in the market. Per the report, Chinese automakers controlled 96 percent of the 2016 market in China for full electric vehicles, more than double their share (43 percent) for other types of light vehicles. It also found that of the 103 electric vehicles to be launched globally by 2020, 49 will come from Chinese automakers, which are projected to target 66 percent of the global manufacturing capacity for lithium-ion batteries by 2021.

Meanwhile, the report also notes that U.S. hybrid sales have slowed from 3.2 percent of the market in 2013 to 2.1 percent so far this year. Plug-in and battery electrics sales, while increasing, still represent 1 percent of the total market. AlixPartners says this underscores the need for maximum flexibility in both organizations and partnerships to handle the expected shift to the new automotive ecosystem.