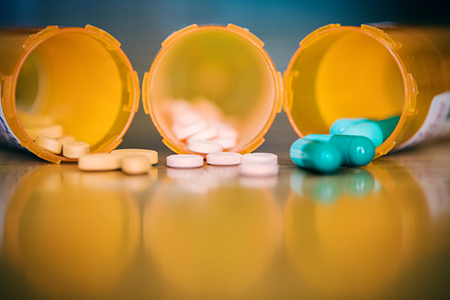 Let MI Doctors Decide reported that nearly a quarter of Michigan’s largest 25 health plans received a failing grade for placing restrictions on access to medicines for patients with five key autoimmune diseases, according to a new report card the organization released Monday.

The resource is based on a report from researchers at Emory University in Atlanta that assigned grades for patient access to medicines according to the level of health insurance restrictions imposed, such as step therapy, or a process through which health insurance companies require patients to see whether inexpensive drugs will work before covering more expensive options.

This and other access limitations often result in seriously ill patients being denied medicines that doctors have prescribed, says Let MI Doctors Decide.

Let MI Doctors Decide says recent research has shown that patients with autoimmune conditions who need specialty medicines are more likely to be forced to surmount access restrictions such as step therapy. Under this practice, coverage of prescribed treatment is delayed when insurance companies require that patients first try several drugs before the doctor-recommended medicines. This can compromise patient health and increase administrative burdens for physicians.

“This report card reveals just how difficult it can be for those suffering from autoimmune diseases to get the treatment they need,” says Virginia Ladd, president and executive director of the American Autoimmune Related Diseases Association, which launched Let MI Doctors Decide in 2017. “The burdens step therapy places on patients, doctors, and our health care system as a whole far outweigh any perceived short-term cost savings. It is time for insurance companies to put treatment decisions for these serious diseases back in the hands of doctors, where they belong.”

Let MI Doctors Decide provides patients and doctors with tools and resources to access the right medicine at the right time and is dedicated to helping patients who have gone through step therapy. The initiative is supported by The American Behcet’s Disease Association; Asthma and Allergy Foundation of America, Michigan Chapter; Michigan Rheumatism Society; and the Scleroderma Foundation, Michigan Chapter. The report card is the latest tool introduced by the group to bring awareness to the practice of step therapy.

“This report card reveals the extent to which people with autoimmune diseases face coverage restrictions on autoimmune medications across a variety of health plans,” says Ken Thorpe, Robert W. Woodruff professor of health policy at Emory University and an author of the research on which the report card is based. “This resource can help Michigan consumers understand how different policies affect access and make informed choices on coverage.”

The report card and study are available here.