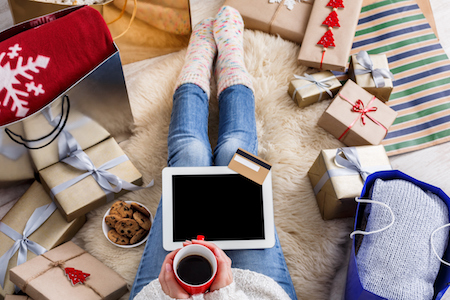 Livonia-based Valassis today announced the results of its annual Holiday Shopper Survey, which promotes insights into consumer expectations and behavior for the remaining shopping season, particularly among moms, millennials, and millennial parents. The findings indicate 83 percent of shoppers plan to continue purchasing gifts between now and Christmas, and 56 percent are headed in-store for their purchases.

“While the Black Friday through Cyber Monday weekend represents the most popular holiday shopping timeframe, consumers shop and save throughout the season,” says Curtis Tingle, chief marketing officer for Valassis. “The last stretch of the season offers brands and retailers an opportunity to influence purchasing decisions, and with the right integrated strategy, activate shoppers across channels with relevant deals.”

Additionally, 87 percent of consumers plan to visit a physical retail store during the month of December, representing an opportunity for brick and mortar retailers in the final push before the holidays. Consumers also emphasized the importance of deals, with 82 percent of respondents indicating that holiday deals sway their shopping lists, and 53 percent saying coupons are the biggest influence of their holiday purchases.

Specifically, coupons and discounts influence store decisions for moms (79 percent) and millennial parents (74 percent). The majority of both demographics (about 80 percent) say they will leave a store if they believe a better deal can be sought elsewhere, compared to 69 percent of all respondents.

The survey also indicated that deals on websites, e-mailed sales, and mailed promotions were the most powerful incentives for shoppers, and that print advertisements encourage 45 percent of shoppers to go online and make a purchase, especially for moms and millennial parents (58 percent). Nearly half admitted to making holiday gift purchases at work from an e-mail, online advertisement, or mobile notification, and 41 percent shop at stores close to work on their lunch break.

The survey was conducted by Prosper Insights and Analytics, a third-party research organization that specializes in consumer intent data. It was executed among a representative group of 1,000 adults ranging from 18-70 years old who indicated they’re responsible for at least some holiday gift shopping.