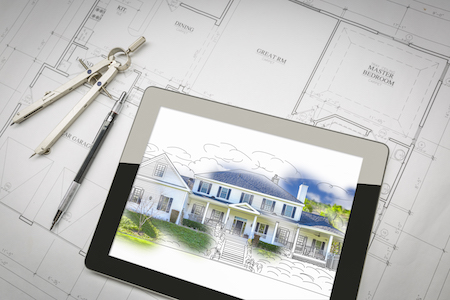 Based on residential permit data compiled by the Home Builders Association of Southeastern Michigan (HBA) a total of 356 single-family permits were issued in Macomb, Oakland, St. Clair, and Wayne Counties in July.

While there is an increase in new home permit activity, the report also indicates new and existing home inventories are significantly below the apparent demand curve throughout southeastern Michigan.

The result is a significant average price appreciation from a year-over-year perspective. As calculated by data provided by Realcomp, the average price of existing homes sold in the four counties is $224,385, which is up 7 percent compared to July 2016. Additionally, the average permit value for new homes through July increased by more than 12 percent to $284,382 as compared to the same period last year.

Of the 19 municipalities surveyed on a monthly basis, 52 percent of the permits year-to-date have been issued in just 10 of them. Specifically, Macomb Township accounted for 271 permits, Canton Township 228, Shelby Township 227, Lyon Township 174, Novi 127, Chesterfield Township 119, Orion Township 113, Troy 113, Rochester Hills 99, and Washington Township 94.

HBA’s econometric model currently predicts that 5,028 single-family permits will be issued this year, and the market is on pace for its best year since 2006.