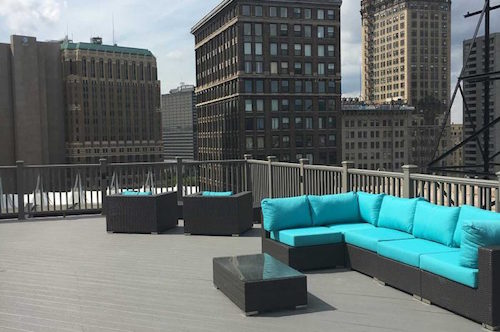 More than 540 multifamily units have been built this year in Detroit, and more than 1,600 units are expected by 2018, says a new report from JLL, a professional services and investment management firm with offices in Royal Oak.

According to the firm’s report, most of the new development to date has been concentrated in 7.2 square miles of Detroit, which includes the downtown district, Midtown, Eastern Market, New Center, and Corktown. Just over 1,550 units have also been added in Detroit overall over the last five years, and there are currently 37 proposed projects that would add another 5,000 units.

“Expect an increase in mid- to (high-rise), mixed-use product to come to market, creating dense walkable neighborhoods,” says Aaron Moore, a multifamily associate at JLL, in the report.

More than $10 billion has been invested within Detroit in the last decade, and 16,000 new jobs have moved to the city since 2010, the report says.

Average capitalization rates — the rate of return on a real estate investment property based on the income the property is expected to generate — is also nearly 8 percent in Detroit with location, type of housing, and quality of product being determining factors.

Nonprofits and community based financial institutions, along with the state, county, and city governments are creatively encouraging businesses to grow within the metro Detroit region, Moore says.

“Look for increased public-private partnerships to continue driving development,” he says. “The multifamily sector is bubbling with investors (who are) quickly snapping up value-add opportunities throughout the city.”

With annual fee revenue of $4.7 billion and gross revenue of $5.4 billion, JLL has more than 230 corporate offices, operates in 80 countries, and has a global workforce of 58,000 people.