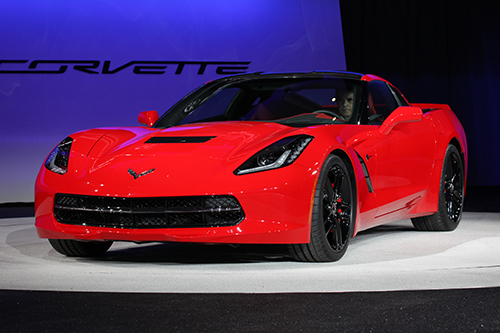 Of the nearly 800,000 visitors who attended the 2013 North American International Auto Show in Detroit, roughly 60 percent anticipated that they would buy or lease a new car within the following 12 months. Nearly one year later, research shows only about 12 percent of the auto show’s attendees ultimately bought a new vehicle, says Rochester Hills-based Foresight Research.

“The auto show is a terrific place to show a car,” says Steve Bruyn, CEO of Foresight. “It’s fun and convenient, and you’ve got all of (the brands) right there. It provides an interactive experience outside of the dealership or manufacturer. You can’t do that with a TV ad.”

Detroit’s numbers don’t include vehicles purchased through a person’s employer, Bruyn says. He says the number of people who will purchase a vehicle after the 2014 show, scheduled Jan. 18 to Jan. 26 at Cobo Center, will likely show an increase when compared to this year.

“I suspect there will be a lift,” Bruyn says. “There weren’t that many cars retailed in Detroit over the past year. I’m guessing there will be more (in 2014).”

Combine the large hands-on selection with a product specialist who can answer answers, it’s no surprise that, nationally, 37 percent of cars buyers who attended an auto show said the event influenced their purchase. The luxury brands do especially well, Bruyn says.

“In addition to car buyers, you’ve got a lot of car nuts at these shows,” Bruyn says. “(They’re looking at) Audi, BMW, Lexus, Cadillac. All of the luxury brands do particularly well. Show after show, they’re top of the list — that’s true for buyers and people attending the show.”

Recent surveys by Foresight found that 33 percent of people intending to purchase a car within the next 12 months attended the Los Angeles Auto Show this year, up from 25 percent in 2012. “The Miami International Auto Show, about a month earlier than LA, showed the same kind of lift,” Bruyn says.

Similarly, 26 percent of those who attended the Los Angeles Auto Show and 12 to 15 percent who went to the Miami auto show, did purchase a vehicle.