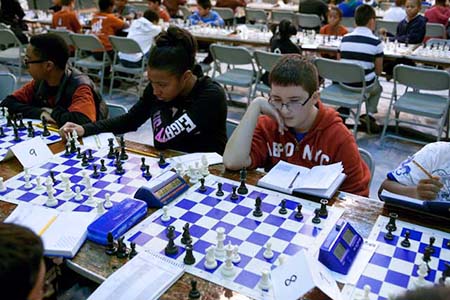 One of the United States’ best chest players, Hikaru Nakamura, will play 50 members of the Detroit City Chess Club simultaneously at the Detroit Institute of Arts this month.

Detroit City Chess Club founder and coach Kevin Fite says the club, with members ranging from five to 18 years old, has won regional and state championships, as well as third place nationally. He says he founded the club in an effort “to teach children to think critically and make good judgments.”

The Detroit City Chess Club will play Nakamura on Aug. 21 in the DIA’s Great Hall. The match is free with admission, and free for residents of Macomb, Oakland, and Wayne counties along with Detroit Institute of Arts members.