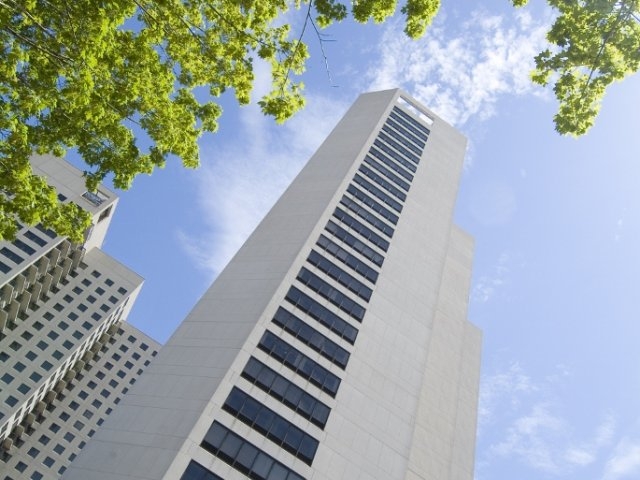 After undergoing $5-million in renovations over the course of a year, Detroit’s Riverfront Towers Apartments — whose former tenants included Rosa Parks and Aretha Franklin — will officially re-open next month.

Troy-based Hayman Co. first took over management of the two luxury high-rise residential skyscrapers in 2012 after private investment group Riverfront Tower Holding purchased it out of receivership. The towers are part of a three-building project that industrialist Max Fisher and developer A. Alfred Taubman began in 1982.

Tower 300, the first building completed in 1983, was originally part of the apartment community but has since been converted to condominiums.

“The time was right for ensuring these riverfront jewels are part of the downtown living equation,” says Andrew Hayman, president of the Hayman Co. “With an exciting influx of new talent to the city of Detroit and new businesses building up the downtown profile, we’re aiming to once again be at the epicenter of urban living.”

Renovations and upgrades made to the Riverfront Apartment community include new appliances, plumbing fixtures, cabinets, countertops, windows, and floor and wall coverings; the remodeling of all hallways and lobby spaces; new elevator cab interiors; and roofing, security, and landscaping upgrades.

A grand re-opening ceremony for the apartments is scheduled for July 17.