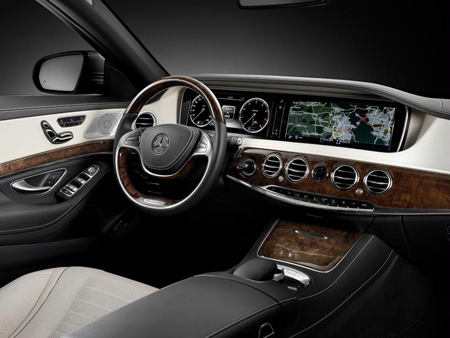 The top executives of Renault-Nissan and Daimler AG said today that their companies’ partnership that began in 2010 to focus primarily on Europe is advancing quickly throughout other global markets, including North America.

“While our initial collaboration focused strongly on European projects, we are now focusing on synergies in all key markets,” Renault-Nissan Chairman and CEO Carlos Ghosn said at the Frankfurt Motor Show in Germany.

“We will continue to seek out new projects together that make sense for all partners and, most importantly, our customers,” Daimler CEO and Head of Mercedes Benz Cars Dieter Zetsche added.

The CEOs cited the joint production of the Mercedes-Benz four-cylinder gasoline engines in Decherd, Tenn., as a good example of how the OEMs can profit by working together. Just one and a half years after the groundbreaking in May 2012, the factory for the joint production of Mercedes-Benz four-cylinder gasoline engines is now complete.

As it stands, machinery is now being installed and the start of production is planned for mid-2014. The engines produced in Decherd will be used in the Mercedes-Benz C-Class, which is produced at the Daimler plant in Tuscaloosa, Ala. and in new Infiniti products.

Joint development work is also proceeding on schedule for a new family of shared three- and four-cylinder gasoline engines with turbocharging and direct fuel injection. The engines will make use of the latest technology and will use less fuel.

Another example of the successful cooperation between the automakers is the development is the new Infiniti Q50 engine, which was presented in Geneva this spring and will be available later this year. It is the first Infiniti automobile to have a powertrain comprising a diesel engine and automatic transmission with cooperation from Daimler.

In related news, Northville-based Gentherm Inc. announced Tuesday it will begin supplying Mercedes-Benz with heated door and center armrests, for both the front and rear interior spaces of the 2014 S-Class Sedan.

“Heated armrests are a good example of our focus on innovative solutions to enhance the interior comfort of automotive vehicles, as well as the engineering capabilities we bring to our customers,” says Daniel R. Coker, president and CEO of the global manufacturer.

The components will be part of the newly-designed warmth comfort package in the S-Class Sedan and powered by Gentherm’s advanced seat heating products. The armrest heating is managed by using the seat heating control switch in the door panel.

Gentherm has more than 7,000 employees in facilities in the U.S., Germany, Mexico, China, Canada, Japan, England, Korea, Malta, Hungary, and the Ukraine.