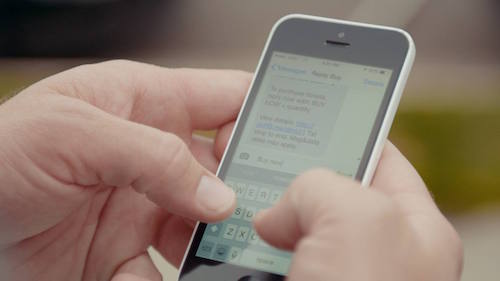 In related news, the team is planning to introduce an app next year to assist fans with locating restaurants, retail stores, events, open parking areas, and other activities around Little Caesars Arena, the team’s new 20,000-seat stadium that is scheduled to open next September near the northwest corner of I-75 and Woodward Avenue.

Users of the new Txt4Tix program will receive customized text notifications about available Red Wings tickets, which can then be purchased from their mobile device by responding to the message. Electronic tickets are delivered to the buyer’s phone and are scanned at the game.

Officials with the team say fans who respond quickly to the offers will likely have better seat locations.

“With tickets extremely limited for the final season at Joe Louis Arena, our partnership with ReplyBuy will give Red Wings fans an opportunity to safely and instantly purchase last-minute released tickets,” says John Ciszewski, senior vice president of sales for the Detroit Red Wings. “Our partnership with ReplyBuy is one of the many ways the Red Wings are working to make the game day experience hassle-free and memorable for our fans to celebrate the ‘Farewell Season at The Joe.’”

Txt4Tix is available at no cost, and those interested in the program can register on the ReplyBuy website.

Founded in 2012, ReplyBuy is supported across the NBA, NHL, NFL, Minor League Soccer, and various universities. The company has also formed partnerships with other Michigan teams, including the Detroit Pistons, and the athletic departments at the University of Michigan and Michigan State University.

The Detroit Red Wings were founded in 1926. The team was acquired by Michael and Marian Ilitch in 1982 and is now a part of Ilitch Holdings Inc. The team has won 11 Stanley Cup Championships, the most recent in 2008.