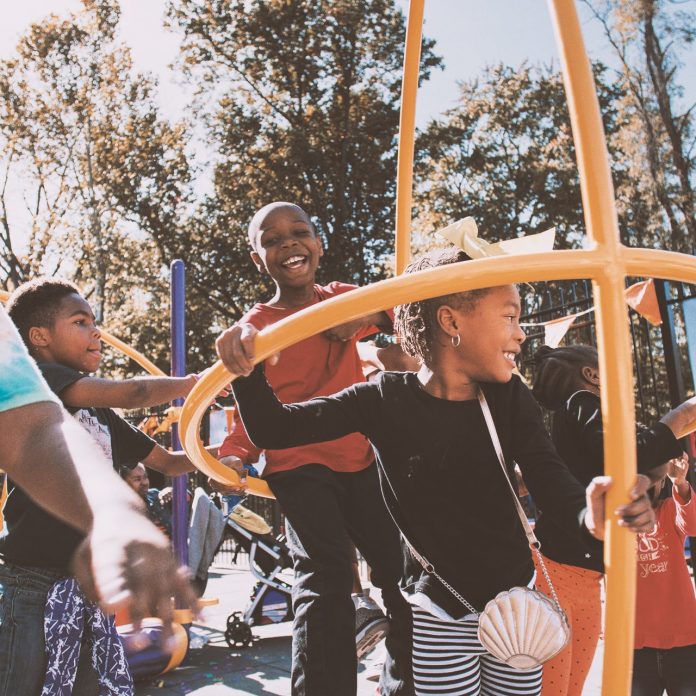 The Ralph C. Wilson, Jr. Foundation (RCWJRF) in Detroit has announced Built to Play, an initiative designed to give youth across southeast Michigan and western New York more opportunities for free play through the creation of new, interactive public play spaces. In hopes of providing grassroots groups and nonprofits with support to create and maintain play spaces within neighborhoods, the Foundation is slated to invest up to $5 million per region throughout the course of the upcoming years.

RCWJRF has partnered with the Tony Hawk Foundation (THF), an organization focused on promoting high-quality, public skate parks in low-income areas throughout the U.S. that has helped to build more than 500 skate parks in America, and KaBOOM!, a national nonprofit dedicated to giving all kids safe places to play. KaBOOM! has built more than 3,000 playgrounds across the U.S. The organizations hope to work with communities in the two regions on the development of various uniquely designed spaces.

“Our vision with Built to Play is to create more opportunities and places of recreation that are owned and embraced by the kids and families they serve,” says Jim Boyle, vice president of programs and communications of the Ralph C. Wilson, Jr. Foundation. “The Tony Hawk Foundation and KaBOOM! are experts in their respective fields and will do a wonderful job leading these collaborative efforts in our regions. We look forward to the day that more children within these communities can make active play a part of their daily life through these play spaces and skate parks.”

Built to Play was a response to the Aspen Institute’s Sports and Society Program’s State of Play report, in partnership with RCWJRF, which was released in June 2017 and cited a key finding – a need for more safe, outdoor play options for youth in both rural and low-income neighborhoods throughout western New York and southeast Michigan.

KaBOOM! and Tony Hawk Foundation will take the next several months to begin immersing themselves in both regions to engage potential applicants to help guide them through the process and steps to create these spaces.

There are three funding opportunities within Built to Play. One, the KaBOOM! Play Everywhere Challenge, is a design competition that encourages installations made to integrate play into everyday life and unexpected places. More details on the application process will be announced in early March with KaBOOM! awarding grants to the challenge winners in August through RCWJRF funding. There will be up to 20 winners. The second, KaBOOM! Unique Playground Builds, is a hands-on design and build day for kids, parents, and community members to give ideas. The design phase will take place between May and August of 2018, with community-builds scheduled from July-October 2018. The last funding opportunity, Tony Hawk Foundation Skate parks, will offer matching/challenge grants to assist in the construction of public, nonprofit skate parks, through RCWJRF funding. With up to five in the first phase and 20 total, outreach and the announcement of the opening of applications for the first phase is slated for later this spring.

The Ralph C. Wilson, Jr. Foundation is a grantmaking organization dedicated primarily to sustained investment in the quality of life of the people of southeast Michigan and western New York. The two areas reflect Ralph C. Wilson, Jr.’s devotion to his hometown of Detroit and greater Buffalo, home of his Buffalo Bills franchise. Prior to his passing in 2014, Wilson requested that a significant share of his estate be used to continue a life-long generosity of spirit by funding the foundation that bears his name. The foundation has a grantmaking capacity of $1.2 billion over a 20-year period, which expires January 8, 2035. This structure is consistent with Wilson’s desire for the foundation’s impact to be immediate, substantial, measurable, and overseen by those who knew him best.