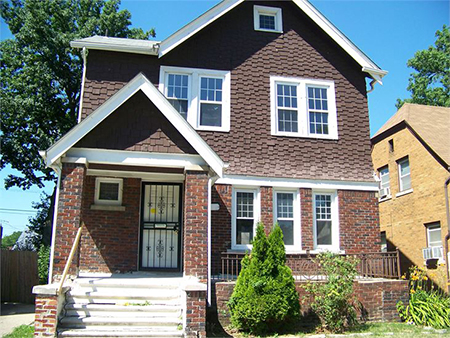 “The Rehabbed and Ready program will make home ownership in Detroit accessible to more people by giving them the opportunity to purchase a Land Bank home that’s move-in ready,” says Detroit Mayor Mike Duggan. “But more than renovating 65 homes, this initiative will provide opportunity to thousands of homeowners in the surrounding neighborhood, as it will allow more accurate appraised values which will generate home financing in the area.”

Duggan says the Detroit Land Bank will provide vacant homes in need of repair, Quicken Loans will offer financing for the properties to qualified buyers, and The Home Depot will renovate the homes along with local contractors.

“The Rehabbed and Ready program adds another critical component to neighborhood revival as it addresses the critical issue of rebuilding the market so appraisal values can be rationalized to allow financing to come back to the housing eco-system in Detroit,” says Dan Gilbert, chairman and founder of Quicken Loans.

Quicken Loans and the city also partnered to rehabilitate home in Detroit’s Brush Park neighborhood, along with Rehab Addict host and Lake Orion native Nicole Curtis. The project is in partnership with Brush Park Development Co., a Detroit-based development group created by Bedrock Development Co., that is dedicated to rebuilding an 8.4-acre site in Brush Park, featuring historic and new residences, including the Ransom Gillis home.