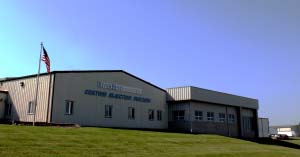 Auburn Hills-based Quantum Ventures of Michigan has announced the formation of Quantum Plastics, a manufacturer of plastic parts for the automotive and packaging industries, among others.

“We found a need for consolidation in the plastics manufacturing arena,” says Robert Skandalaris, founder, chairman, and CEO of Quantum Ventures. “There are a limited number of molders who offer a variety of processes while also spanning multiple industries.”

Skandalaris says Quantum Plastics was formed in 2014 with the acquisition of Illinois-based Master Molded Products Corp. He says in 2015, Quantum Plastics acquired River Bend Industries, a custom molder of thermoplastics and engineering resins with locations in Iowa and Arkansas, along with Hospitec USA, an Iowa-based manufacturer of medical waste containers, and Apollo Plastics, an Arkansas-based manufacturer of household plastic planters. Skandalaris says sales tripled in mid-2015 with the addition of River Bend Industries.

He says Quantum Plastics has three manufacturing facilities across the U.S. in Arkansas, Illinois, and Iowa. The company has expertise in processes including blow molding, custom injection, gas assist molding, and insert molding for industries including appliance, consumer, industrial, and recreational and utility vehicles.