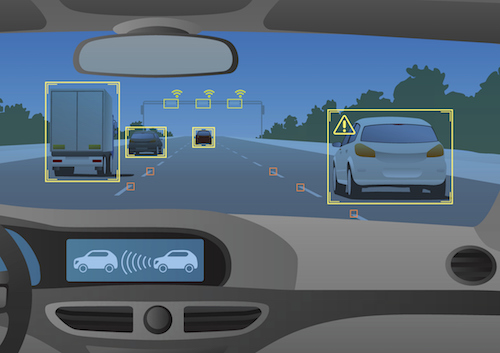 Research recently published by PWC — which operates a large practice in downtown Detroit ­­— projects that the global car market has the potential to build considerable value from the sale of connected car packages. Sales are expected to grow at an annual rate of 24.3 percent, $52.5 billion in 2017 to $155.9 billion in 2022.

To ensure the market reaches its potential, experts says car manufacturers are going to have to integrate and bundle features into a simple car experience and be prepared to transition from premium to volume sales.

The research also puts from the traditional automotive supply base as the demand for new digital technologies associated with autonomous and connected cars grows.  Technology companies and startups are expected to play a major role in providing all types of automotive systems, and the fast growth of new companies entering from outside the automotive market has already begun to transform this industry.

“Samsung Electronics recently acquired Harman International Industries, one of our largest customers, in an effort to accelerate its growth in the automotive connected space, which we believe is further validation of our strategy in this sector,” Saagar Govil, Cemtrex chairman and CEO says. “We are extremely optimistic about the opportunities in front of us and our ability to leverage them with our growing organization.”

NVIDIA Corp., another automotive manufacturing company, formerly focused on computer graphics cards, but has recently expanded into virtual reality and chips that power self-driving cars, and was recently allowed by the Department of Motor Vehicles in California to begin testing self-driving cars in the state.

Most notably, Alphabet Inc. has announced that Google’s self-driving car project would continue as its own entity as a new company “Waymo,” though CEO John Krafcik says Waymo’s focus would be on autonomous vehicle technology, not necessarily making cars.