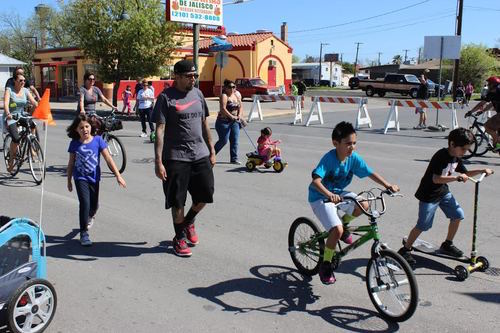 The Downtown Detroit Partnership announced today a complete list of programming partners as well as activity hubs for its upcoming event, Open Streets Detroit. Presented by the DTE Energy Foundation, the event will transform Michigan Avenue and West Vernor Highway in southwest Detroit into a car-free, family-friendly zone where people can bike, run, and shop.

“The community’s response to our call for programming is a reflection of the excitement and anticipation leading up to Open Streets Detroit’s inaugural event,” says Eric Larson, CEO of the Downtown Detroit Partnership. “With nearly 75 programming partners throughout the four-mile route, we are continuously working with the City of Detroit on a variety of activities that will get people moving and connect them to their neighbors.”

While the main event will take place on the event’s route, there will also be activity hubs at downtown’s Campus Martius Park, Roosevelt Park in Corktown, and Clark Street in southwest Detroit.

Along with the DTE Energy Foundation, other sponsors for the event include the John S. and James L. Knight Foundation, City of Detroit, Detroit Riverfront Conservancy, and Henry Ford Health System.

The nonprofit Downtown Detroit Partnership is dedicated to developing and enhancing downtown Detroit and its bordering neighborhoods by working together with business, philanthropic, and government partners to create a vibrant and fun area.