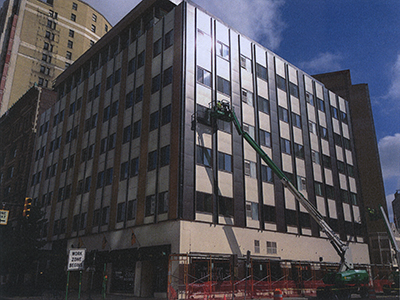 Princeton Enterprises in Bloomfield Hills will open a technology incubation center, called the Department of Alternatives, at the Claridge Apartments at Washington and Clifford in downtown Detroit. The multi-faceted real estate investment company acquired the seven-story apartment and retail structure in June 2012, and will soon add a dry cleaner, along with a yoga fitness studio and juice bar, to the first floor.

Overall, the 44-unit apartment building is undergoing $2 million in renovations, 80 percent of which is completed. “We have a waiting list for the apartments, and the entrepreneur workspace will be 10,000 square feet, which provides room for 12 different startup companies,” says Matt Lester, founder and CEO of Princeton Enterprises.

Finding interest from regional office users and Far East investors, the company has acquired five structures in Detroit in recent months, including Grand Park Centre, an office, retail, and parking complex on Adams, just west of Woodward. Between the 20-story main building and a 10-story annex, new tenants include Open Systems Technologies and Precision Correcting Group.

Lester says Princeton, which is headquartered near Square Lake and Telegraph, may establish its offices, which could reach 100 employees, at Grand Park Centre. “We really like the area, and the fact that 150 parking spaces came with the acquisition provides a significant advantage for our tenants,” Lester says. “There aren’t too many buildings in downtown Detroit that are fully renovated with attached parking.” 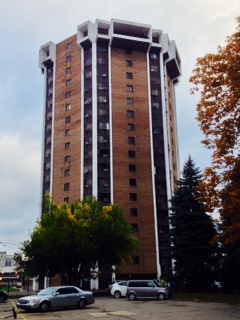 Just east of the Detroit Opera House, and across Madison from the Detroit Athletic Club, Princeton will start $8 million in renovations at The Ashley, a 10-story residential and retail structure that formerly operated as the Milner Hotel. The work, set to start in December, includes the conversion of 130 hotel rooms into 70 apartments.

The renovation, which will take a year to complete, will include Dilla’s Delights, a doughnut shop named after Detroit recording artist J Dilla (the store will be operated by Dilla’s uncle, Herman Hayes). The shop is expected to open in the spring. A neighboring pub may be added, as well.

In Midtown, Princeton is renovating the Cathedral Tower, a 20-story residential structure along Hancock, east of Woodward, and next to the Detroit Medical Center. The circular structure, reminiscent of the Capitol Records building in Los Angeles, is undergoing more than $1 million in renovations. Overall, there are 235 apartments, and “we’re upgrading 40 units right now and leasing them as soon as they come on the market,” Lester says.

In Lafayette Park, east of downtown Detroit, Princeton is adding more than $1 million in improvements at Regency Tower, a 20-story structure that offers 215 apartments. Overall, Princeton Enterprises owns nearly 100 apartment communities in 10 states that combined offers 20,000 residential units. “What’s helped us in Detroit is that Japanese and Korean investors are showing a lot of interest, as well as investors from Singapore and China,” Lester says. “They see Detroit is on the rebound.”

Pictured at right: The Cathedral Tower is currently undergoing more than $1 million in renovations. Photograph by R.J. King.