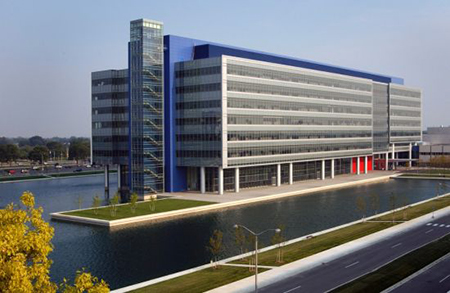 An $8 million Prestige Cadillac dealership will be built across from the General Motors’ Technical Center in Warren, moving from its location on East 11 Mile Road in Warren.

“We decided to move to get more in the traffic pattern of consumers,” says Renae Logan, a spokeswoman for Prestige Automotive. “The cost of renovating the old building and continuing to lease it didn’t make sense compared to building a new facility, and we wanted to be part of the Tech Center community.”

The dealership, which will be on the east side of Van Dyke north of 12 Mile Road, will be the first new build to coincide with General Motor Co.’s $1 billion investment in the expansion of the Tech Center campus, a move that will create about 2,600 new jobs in product engineering, IT, and design. Renovation and construction work on the tech center is expected to be completed by 2018.â€‹

Prestige Automotive Group will host a groundbreaking ceremony on Wednesday for the dealership in Warren, which is expected to be completed by April 2016.