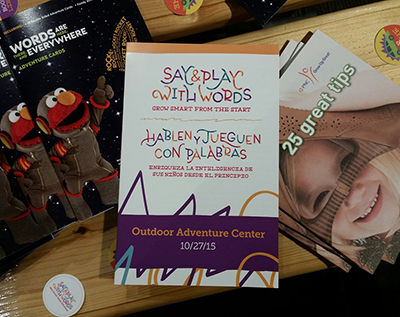 Three foundations have partnered to offer a $1.5 program for Southwest Detroit and Brightmoor preschoolers aimed at building and improving their vocabularies.

“Words unlock success for children,” says Ric DeVore, regional president for Detroit and southeast Michigan for PNC, one of the groups that donated the funds, along with the Skillman Foundation and the Max M. and Marjorie S. Fisher Foundation. “The more words they hear before kindergarten, the more success they often achieve.”

DeVore says research shows that by age 3, children from low-income families are hearing 30 million fewer words than those from higher-income families. Research also shows that vocabulary skills advance children’s cognitive and social learning, and a lag in vocabulary development puts children at an academic disadvantage before they start kindergarten.

Detroit is one of 10 cities PNC has selected for its $10 million pilot program to raise awareness and improve vocabulary for low- and moderate-income children.

The National Center for Families Learning will lead the project, and will partner with local agencies to offer the programming. Programs include twice-weekly activities for about 150 Southwest Detroit and Brightmoor families that will encourage parents to take an active role in building their children’s vocabularies; an outreach program that will engage community leaders to maintain word- and print-rich environments through vocabulary-themed family events in public venues such as parks and libraries; and a multi-media campaign designed to raise parent awareness of the importance of a vocabulary-rich environment that will debut in the spring.

“Our goal is to improve the wellbeing of Detroit’s children,” says Tonya Allen, president and CEO of the Skillman Foundation. “In Brightmoor and Southwest Detroit, young children should receive every opportunity to grow their natural talents with programs such as this one.”â€‹