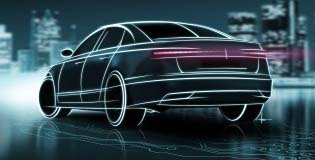 Hella, a global automotive supplier with its North American headquarters in Plymouth Township, previewed some of its new technologies this week at the 2016 North American International Auto Show, including an innovation allowing vehicles to autonomously park in narrow spots.

Hella executives from North America and Europe were at Cobo Center in downtown Detroit to also discuss a variety of automotive lighting and electronics products.

New technologies include a detection system that would send information to the driver’s smartphone about any damages to their unattended vehicle while in a parking lot, garage, or on the street. Other technologies would allow the driver to leave their car at a shopping mall’s autonomous car drop-off area to park itself and have the purchases loaded by mall personnel.

The automotive supplier also revealed an intelligent urban driving feature that could detect a crowded driving environment and brighten the rear lamps to increase visibility to other drivers and engage the electric driving mode.

Another feature is designed for country driving, which could increase interior lighting to inform the driver of approaching traffic, while the vehicle’s headlamps could react to the road conditions ahead.

Germany-based Hella is a supplier of automotive electronics and lighting systems, with 32,000 employees working at 100 locations in more than 35 countries.