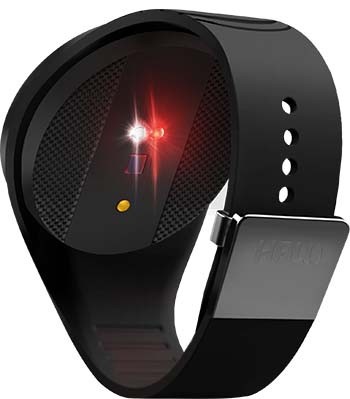 Plymouth Township-based Halo Wearables, a developer of sensing technologies, will unveil a wearable device next year that monitors hydration levels in the body.

The device, slated for a release in early 2016, will target the team sports market as well as industrial workplace settings that experience extreme heat conditions. The company is also working on a wearable device that will specifically target the consumer fitness market.

“This technology has far-reaching implications,” says Fred Calero, co-founder and CEO at Halo. “Heat-related illnesses plague multiple sectors, from amateur and professional athletes, to industrial workers in extreme heat conditions. With this technology we now have the ability to provide real-time, actionable insight into the human body that’s never been available before.”

Calero says the device, which is worn similarly to a Fitbit or an Apple Watch, tracks interstitial fluid levels (a thin layer of fluid which surrounds the body’s cells), along with sodium-potassium ratios in the blood plasma, to determine the customer’s state of hydration. He says throughout the development process, Halo consulted with athletic trainers, sports scientists, and health and safety leaders at manufacturing companies.