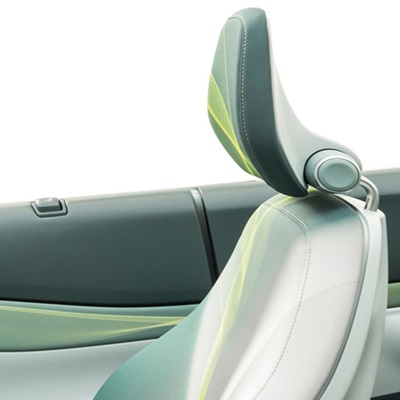 Adient, a global company in automotive seating based in Plymouth Township that is planning to move its headquarters to downtown Detroit, today announced its board of directors has appointed Frederick “Fritz” Henderson interim CEO and John M. Barth, Adient’s current lead director, interim chairman of Adient’s board.

Henderson succeeds R. Bruce McDonald, who is stepping down from his role as chairman and CEO effective immediately and will remain as an adviser to the CEO until Sept. 30.

The Adient board has commenced a comprehensive search process to identify a new CEO. The process will be coordinated on behalf of the board by directors Barb J. Samardzich, Peter H. Carlin, and Raymond L. Conner.

“Bruce McDonald made significant contributions during the formation of Adient plc to ensure a successful spin-off,” says Barth. “Bruce and the board agree that now is the right time for a new leader with a fresh perspective to drive value in the next phase of Adient’s life as a public company. (Henderson) brings the right leadership skills and operational experience to step in and immediately accelerate our transformation, providing the time to conduct an expeditious and thoughtful search for a new CEO.”

McDonald has served as the company’s chairman and CEO since its separation from Johnson Controls in 2016.

“While our market position remains strong and our China joint ventures continue to perform at high levels, we recognize that we are not executing at the levels we are capable of in our consolidated seat structures and mechanisms and seating segments, and that shortfall has been reflected in our financial results and valuation,” says Henderson. “My immediate focus is on better operational execution to drive meaningful improvements in profitability and free cash flow. We know what needs to be done, and we will be approaching the work ahead of us with urgency.”

Henderson was most recently CEO of SunCoke, and served as president and CEO of General Motors Co. before that. He has 26 years of automotive experience, including direct involvement with China and Asia Pacific, as well as 20 years of general management and operating experience, eight of which were as a CEO. He has served on the Adient board since the company was established as a public entity in 2016. Henderson will remain a board member but will relinquish his position on the governance committee.

Adient also announced today that it is revising its outlook for the full fiscal year 2018. Despite an anticipated increase in FY2018 revenue to about $17.5 billion, operating performance is running behind plan, and the company’s outlook for adjusted EBITDA is now expected to be about $1.3 billion.

The company has about 85,000 employees operating 238 manufacturing plants in 34 countries.