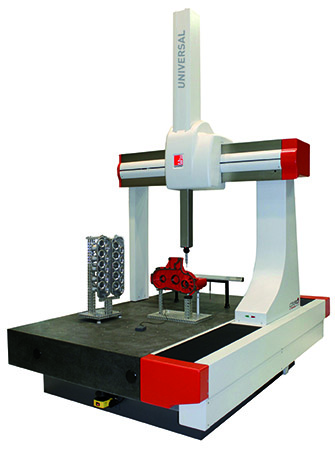 Plymouth-based Perceptron today announced it has reached an agreement to acquire two European metrology companies for $15.9 million: Coord3 Industries in Turin, Italy and Next Metrology in Prague, Czech Republic.

“These transactions expand and diversify our offerings in the industrial metrology market, and particularly in the scanning CMM (coordinate-measuring machines) market, which is estimated to be growing at a 15 percent annual rate,” says Jeffrey M. Armstrong, CEO of Perceptron, which develops, produces, and sells non-contact 3-D machine vision solutions for industrial measurement, inspection, and robot guidance applications.

Armstrong says Coord3 is one of only two companies in the world that manufactures coordinate-measuring machines for measuring large equipment such as aircraft wings, complete car bodies, and railcar frames.

“By offering a compelling solution in this marketplace, we believe we can help expand the overall market while increasing our share of the total,” Armstrong says.

Angelo Muscarella, president of Coord3 Industries, will serve as managing director of Perceptron’s CMM business, which will be operated under the Coord3 name through wholly owned subsidiaries of Perceptron. Muscarella also will perform as Perceptron’s country manager for Italy.

The Next Metrology acquisition closed on Jan. 29, and the Coord3 acquisition is expected to close in February, subject to customary closing conditions.â€‹