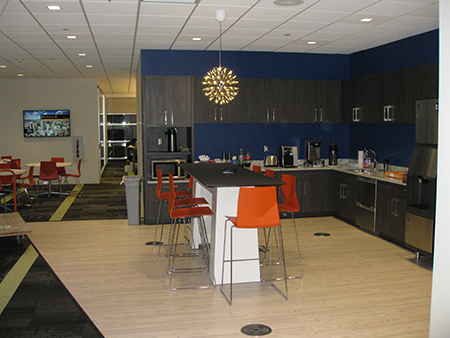 Nearly 90 years after Plante Moran was first established in Detroit, the public accounting and business advisory firm returns today as it opens a new office in the Compuware Building. The 15,000-square-foot location will be home to 50 employees.

“We want to contribute to the city,” says Bruce Shapiro, a partner who oversees the firm’s locations in Michigan, Ohio, and Illinois. “It’s where we started, and we want to be a part of all the positive things happening in Detroit.”

Founded in 1924 by Elorion Plante, the company took its current name when Frank Moran joined the firm in 1950. Today, the company has more than 2,000 employees in various locations in the U.S. as well as Shanghai, Mumbai, and Monterrey.

The Detroit office is the firm’s seventh in southeast Michigan. Other area offices are in Ann Arbor, Auburn Hills, Clinton Township, Flint, and two in Southfield.

“The firm continues to grow and was seeking additional office space, so settling downtown makes sense,” says Dianne Wells, managing partner for the Detroit office. “There is incredible energy in Detroit and while challenges remain, good things are happening. We believe Plante Moran can make a contribution to strengthen the city and its comeback efforts by having a stronger presence here.”

The company was offered additional space in the Compuware Building and plans to expand in the future as demand for its services warrants, Shapiro says.