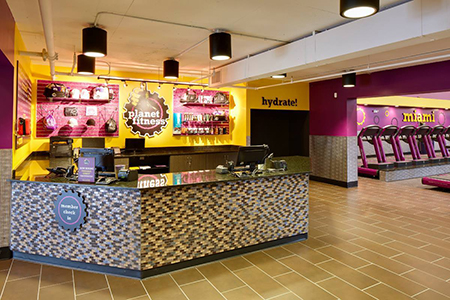 Planet Fitness, the gym franchise known for its “judgment free zone” philosophy, plans to open nearly 20 locations over the next three years across metro Detroit.

“We want to be the dominant low-cost, high-value, gym brand in the Detroit market,” says Bryan Rief, area developer for the metro Detroit area for Planet Fitness. “We want to make sure if there are areas or opportunities for us to develop gyms that we will go ahead and pursue those opportunities.”

The franchise, which has 25 facilities in the metro Detroit, opened three new facilities in 2014, and is projected to open five for this year with plans to open five to six locations per year over the next three years in Wayne, Oakland, and Macomb counties.

“The suburbs around Detroit have worked out really well for us,” Rief says. “Planet Fitness in general is in a great position to be able to offer people in these areas an affordable gym membership and an affordable way to exercise and pay attention to their health and well being.”

Although the locations for the future facilities have not been set yet, Rief says that because the gyms will be about 25,000 to 30,000 square feet. He says Planet Fitness typically renovate spaces that were previously grocers, and look for areas that have high traffic, good visibility, a lot of parking, and are not already being serviced by one of their other locations.