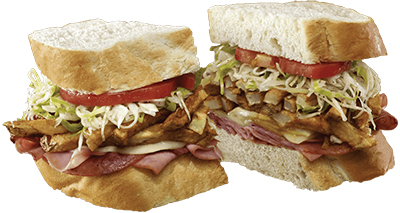 Primanti Bros. Restaurant and Bar — a longtime eatery founded in Pittsburgh known for its meat sandwiches topped with coleslaw and French fries — will open its first restaurants in Michigan this summer in Taylor and Novi.

“From the times that we started, it was always important for us to support hard-working, blue-collar folks … we were successful in Pittsburgh for 86 years because we focused on that segment of the community,” says Ryan Wilkinson, director of marketing for Primanti Bros. “As we looked to expand, (we looked at) other cities that have similar traits to Pittsburgh in that regard — cities that are proud and have a little bit of grit — the Detroit area is obviously full of that.”

The Taylor restaurant will be located in the Southland Center mall at 23000 Eureka Rd., and the Novi eatery will located in the Novi Town Center, 43335 Crescent Blvd. Wilkinson says that both restaurants will be open within a month of each other.

He says the restaurant is known for its signature sandwich — called the Almost Famous Sandwich — that consists of grilled meat, coleslaw, French fries, and tomatoes on Italian bread.

“The reason that we created this sandwich was the original founder of Primanti’s, Joe Primanti, built this sandwich because there was a lot of truck drivers in this neighborhood of Pittsburgh,” he says. “They could have their entire meal between two pieces of bread and continue to work while they were eating.”

Primanti Bros. is a full-service restaurant that also offers wings, pizza, beer, fries, and a variety of sandwiches, such as baloney and cheese, pastrami and cheese, and black Angus steak.

Wilkinson says that the menu is evaluated every time a new restaurant is opened and that small alterations to sandwich options can be expected.

“It has the flavor of a sports bar with a lot of TVs, and there’s a beautiful patio, but it’s the kind of place you can bring the family as well if you like,” Wilkinson says.