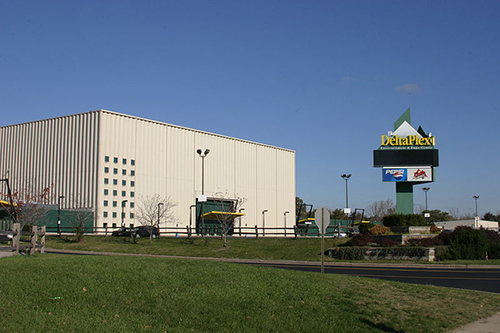 Grand Rapids-based SSJ Group has purchased the Massachusetts-based Springfield Armor and will relocate the NBA Development League basketball team to Grand Rapids. The team will be singly affiliated with the Detroit Pistons during the 2014-2015 season.

As part of the single-affiliation partnership, the Pistons operations department will oversee all personnel and basketball-related aspects of the team in Grand Rapids, while SSJ Group will manage the team’s day-to-day business operations and community relations.

“This unique hybrid relationship gives our franchise the opportunity to impact this team from a business and basketball operations standpoint, provides a vehicle for developing our younger players, and creates a platform for evaluating potential NBA talent,” says Dennis Mannion, CEO of Palace Sports & Entertainment and the Detroit Pistons.

The NBA Development League is the NBA’s official minor league, preparing players, coaches, officials, trainers, and front office staff for the NBA while acting as the league’s research and development laboratory. The Grand Rapids team will be one of 18 NBA D-League teams competing in the upcoming season.

“The NBA D-League is becoming an integral part of the NBA’s future and, after two years of working to make it happen, we are ecstatic to have the opportunity to bring high-level, professional basketball to the Grand Rapids area,” says Steve Jbara of SSJ Group. “The media spotlight and increasing viewership will help continue the trend of exciting things happening in this region. We look forward to celebrating the strength of the existing community and positively impacting areas of focus through our NBA/D-League Cares initiatives.”

The basketball team will call the 5,000-seat DeltaPlex Arena in Grand Rapids home during the NBA D-League’s 2014-2015 season, which runs from November to April.