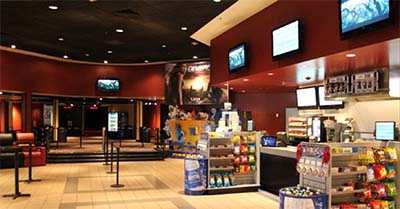 Farmington-based Phoenix Theatres will undertake a nearly $3 million expansion project by adding four screens, including one that is three stories tall and 65 feet wide, at the Mall of Monroe in Monroe. Once completed late next year, Phoenix will offer a total of 12 screens in Monroe.

“The Encore 4K digital picture will be the largest we have ever designed, and is significantly bigger than the average IMAX screen,” says Brad Steckroth, an engineer at Progressive Cinema Solutions, the design engineers for Phoenix Theatres. “Coupled with Dolby’s new premium sound system, this will provide a completely immersive viewer experience.”

The theater complex, located at 2121 North Monroe St., will be expanded starting in March. The Encore 4K digital picture will offer electric reclining seats with footrests,as well as feature the newly developed Dolby ATMOS digital sound system that places the sounds of the movie where they would occur naturally in the auditorium. With the new setup, speakers will be located in the front, back, sides, and the ceiling.

“We wanted to break the mold and create a new, unparalleled movie-going experience for our customers to enjoy in a big new atmosphere,” says Cory Jacobson, owner of Phoenix Theaters.

Phoenix Theatres opened its first Michigan theatre in 2001 and operates 10 screens at Laurel Park Place in Livonia and four screens at the State Wayne theatre in Wayne.

Jacobson says construction on the expansion project is expected to begin in March. â€‹