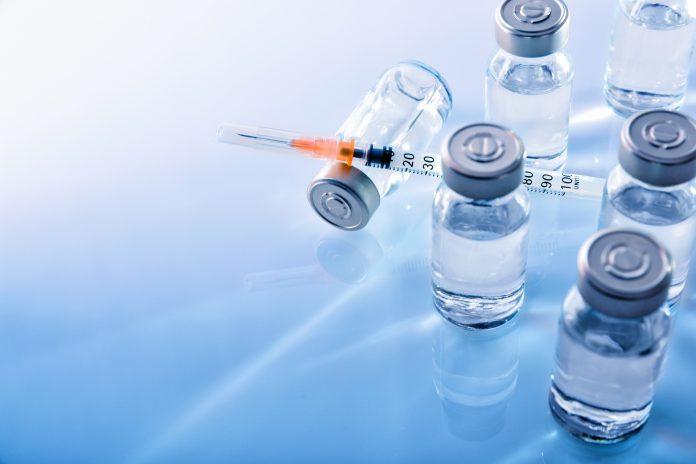 The Michigan Strategic Fund board Tuesday granted a $1-million Michigan Business Development Program-based grant to the $465-million private investment expansion of New York-based Pfizer’s expansion of its manufacturing center. The center will be built at Pfizer’s Portage campus in Kalamazoo County.

The building is expected to be a two-story, 400,000-square foot facility where Pfizer will manufacture a line of injectable drugs. Pfizer says the processing facility will be one of the largest in the western hemisphere.

“Pfizer’s investment is a major boost to the state’s pharmaceutical industry and further diversifies Michigan’s business environment,” says Michigan Governor Rick Snyder. “I appreciate Pfizer’s long-term commitment and the economic benefits this will bring to the region and the people who live there.”

Pfizer is expected to add up to 450 jobs over several years, including professional and skilled labor positions. Average annual income ranges from $70,100-$93,300.

“During the next six years, we expect to invest approximately $1.1 billion in Kalamazoo County – which is in addition to the $1 billion we have invested in the site,” says Kirsten Lund-Jurgensen, executive vice president and president of Pfizer Global Supply. “This investment will strengthen Pfizer’s leadership in sterile manufacturing technology and help meet growing patient demand. It also will create hundreds of highly skilled jobs, fortifying Michigan’s high-tech manufacturing environment.”

Portage officials estimate tax revenue of more than $26 million and a regional economic impact of $49.2 million over the next 15 years. Pfizer is the largest employer, taxpayer, and landholder in the city. It presented site plans to the Portage City Council in late March. The city will provide Pfizer with an industrial facilities tax exemption, which reduces property taxes for 15 years.

Based on the size of the investment and number of jobs created, Pfizer, qualifies for the Good Jobs for Michigan Incentive; 354 of the 450 jobs are anticipated to qualify as well. The incentive is a job-creation package that Snyder signed into law last July. Pfizer receives withholding tax capture for up to 10 years valued at $10.5 million as part of the inducements.

The jobs-initiative package was created to attract projects that result in a significant number of high-paying jobs with employees making more than the target regional wage.  In addition, Good Jobs for Michigan allows for the capture of Michigan Income Taxes withheld from the Certified New Jobs created as a result of a business expansion or new location project.

This and other projects that gained approval Tuesday from the Michigan Economic Development Corp. are expected to generate $510 million in total investment and create 1,198 jobs in Michigan.

Morley Companies Inc., a meeting and event planning firm in Saginaw, plans to expand into new space in Saginaw County with an investment of about $5.2 million that will create 525 jobs. The company has been awarded a $2 million Michigan Business Development Program performance-based grant. Michigan was chosen over a competing site in South Carolina.

“Morley Companies is one of the largest employers in the Great Lakes Bay Region, and our community is extremely supportive and excited about this expansion,” says JoAnn Crary, president of Saginaw Future.  “We’re pleased to have worked with the MEDC and the Michigan Strategic Fund to support this significant job creation project.”

SAPA Transmission Inc., a U.S. subsidiary of Spain-based defense company SAPA Group, plans to locate its North American headquarters in Shelby Township to grow its transmission sales within the defense sector. The project is expected to generate a total capital investment of $40.1 million and create 223 jobs, resulting in a $2.7 million Michigan Business Development Program performance-based grant. Michigan was chosen over competing sites in North Carolina, Pennsylvania, and South Carolina. Shelby Township offered a 50-percent property tax abatement in support of the project.

“Our commitment to Michigan reflects our confidence in the state’s workforce, industrial supplier base, and economic future and our recognition that it is the right fit for the next chapter in our company’s American story,” says Deniz Balta, vice president at SAPA Transmission. “We thank the Michigan Economic Development Corp., local leaders from Shelby Township and beyond, and others who helped to make today’s announcement a reality, and we look forward to growing a successful partnership in the years to come.”

It also approved a Michigan Community Revitalization Program performance-based grant in the amount of $109,172 for Gemini Capital Management LLC to renovate the second floor of a historic building in downtown Alma into three apartments. The project is expected to generate a total capital investment of $415,872. The city of Alma is also supporting the project with an Obsolete Property Rehabilitation Act tax abatement valued at approximately $88,800.

“The commitment by these global companies to grow and create jobs in Michigan will strengthen our communities by providing more and better jobs for our talented workforce,” says Jeff Mason, CEO of the Michigan Economic Development Corp. “These projects will serve as catalysts for additional investment around the state.”

The corporation is the state’s chief marketing and business attraction arm that administers programs and performs due diligence on behalf of the Michigan Strategic Fund.