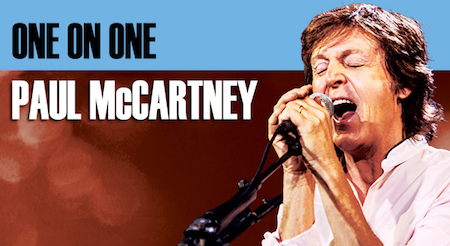 Tickets for the McCartney show will go on sale at 10 a.m. on Monday via Ticketmaster.com, along with the box office at Joe Louis Arena and the Fox Theatre. Ticket prices will range from $59.50 to $250. Fans also can purchase tickets at 800-745-3000.

“On the heels of securing an unprecedented four NCAA Championship events and the major concert announcement just this morning of Paul McCartney set to play Little Caesars Arena, we’re excited to announce another major sporting event in Detroit and welcome the passionate fan bases from Michigan, Michigan State, Oakland and Detroit to Little Caesars Arena and The District Detroit,” says Tom Wilson, president and CEO of Olympia Entertainment.

“As the list of sporting events, concerts, and family shows continues to grow at Little Caesars Arena, we look forward to showcasing four of our local teams and creating memorable experiences for the student-athletes, coaches and fans – before, during, and after the games.”

The game between UDM and U-M will mark the first college basketball game at Little Caesars Arena, paying homage to the first event at Joe Louis Arena on Dec. 12, 1979, which saw Michigan claim an 85-72 win over UDM.

Ticket information and game times will be released at a later date.

IN RELATED SPORTS NEWS, the NCAA announced last week that Little Caesars Arena will also play host to the 2018 and 2021 First and Second Round games of the NCAA Men’s Basketball Championships.