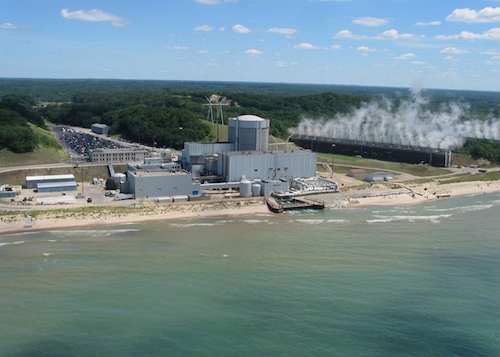 New Orleans-based Entergy Co. and Jackson-based Consumers Energy will terminate the power purchase agreement for the Palisades Power Plant in Covert Township in 2018. The contract is expected to result in $344 million in savings, $172 million of which is expected to lower Consumers Energy customers’ costs over the early termination period from 2018 to 2022.

Consumer Energy will pay the other $172 million to Entergy for the early power purchase agreement termination, which will help assure the plant’s transition from operations to decommissioning.

The original agreement committed Consumers Energy to purchase nearly all of the power that Palisades generates until April 2022. Under its current plan, the power plant will be refueled as scheduled in the spring of 2017 and operate through the end of the fuel cycle until its closure.

“Entergy recognizes the consequences of a Palisades shutdown for our approximately 600 employees who have run the plant safely and reliably, and for the surrounding community, and we will work closely with both to provide support during the transition,” says Leo Denault, CEO of Entergy. “We determined that a shutdown in 2018 is prudent when comparing the transaction to the business risks of continued operation.”

Consumers Energy plans to seek approval for the Palisades closure to the Michigan Public Service Commission.

The Palisades Power Plant employs about 600 workers, and has been a part of the Van Buren County community since it began generating electricity in 1971. The plant generates 811 megawatts of virtually carbon-free electricity, enough to power more than 800,000 homes.