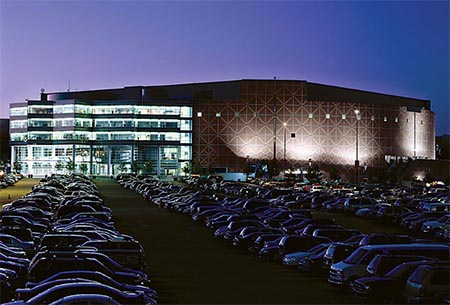 The Palace of Auburn Hills will begin replacing every seat in the entertainment venue with “smart seats” that communicate with mobile devices, and will allow fans to order concessions, among other features.

“The Palace of Auburn Hills, which opened in 1988, is one of the oldest NBA arenas and largest at 22,000 seats in capacity,” says Mike Donnay, vice president of brand networks for Palace Sports & Entertainment. “Since Tom Gores took over as owner, he really (invested) a lot of effort and money into updating the arena from a technology standpoint.”

Gores has spent over $40 million in renovations for the Palace, with $15 million going to technology upgrades. New features include a Wi-Fi data system with 300 access points to ensure that fans can connect with their mobile devices.

Donnay says the Palace has beacons — quarter size devices that emit a Bluetooth signal — that give attendees exclusive content, such as sales on merchandise. He says about 50 beacons have also been placed in the entryway that offers VIP experiences and upgrades.