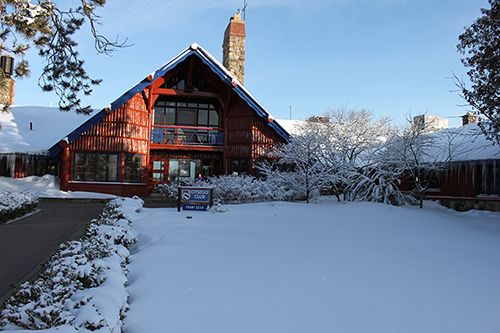 When the Otsego Club and Resort in Gaylord announced that it would close nearly two years ago, two businessmen from southeastern Michigan took over the operation and have since rejuvenated the historic resort. Looking at numbers from 2013, visits were up, revenue increased 16.5 percent, and membership grew by about 30 percent.

“The prior owners used the model, ‘If we build it, they will come,’” says Roger Mali, who, along with business partner Ryan Niles, now has a long-term lease on everything from the property to the silverware, with the option to purchase it. “They built an Olympic-size half-pipe, and it was beautiful. The problem was the core membership of the club couldn’t access it (because it was built for professionals).”

So, Mali and Niles, both members of the club, went back to the basics. “We just focused on the core offerings of the club: skiing and the family experience,” says Mali, an attorney. “We reengineered things like the ski school experience and contracted out for (different services). Rather than providing services and not doing a great job at it, we partnered with the leading daycare company in Gaylord and had them run it for us.”

The duo also hired Stefan Ringgenberg, who previously served as the banquet manager at the Hershey Hotel in Pennsylvania, to run day-to-day operations and cultivate existing employees. (In its peak season, the resort has as many as 150 people on staff.)

“Had the club not continued, I do not believe it would have opened again — that’s just the nature of this business,” says Mali, referencing Sugar Loaf Resort in Traverse City, which closed in 2000. “Ski lifts have to be licensed every year and with (Otsego) being an older facility, I think it would have been a tough sort of resort to bring back.”

As the club enters its 75th year in business, Mali says he would like to build the club’s reputation as a four-season resort. He anticipates installing zip lines, renovating the swimming pool, as well as offering mountain biking opportunities and hunting excursions. The resort’s two public golf courses — the Classic and the Tribute — are often cited among the top 18-hole courses in Michigan.

“A very big thing is weddings, special events, and corporate retreats,” Mali says. “That’s really our largest area of focus right now. We have a captive audience and a strong membership base, and now we want to increase utilization of the facilities.”